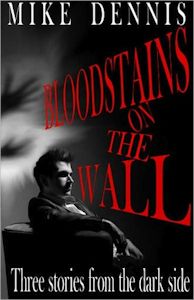 From the other side of the human condition comes this collection of noir tales by Mike Dennis.

1. FULLY LOADED
It's 1984 and Biloxi, Mississippi has seen better days. Sherry Lamar, used car saleswoman extraordinaire, is feeling the pinch. Then one day, a stranger walks onto her small car lot and ushers her into a world of steamy sex and murder.

2. THE DEVIL DRIVES A BIG MERCEDES
A seven-year-old boy is playing with his two younger sisters when a minor accident occurs. One of the sisters is to blame, but she blames the boy and their mother believes her, punishing the boy. This starts him on a downward spiral into self-doubt and later, depravity, that will last his entire life.

3. BLOCK
A famous crime fiction novelist thinks the book she's working on will revive her sagging fortunes. Halfway through it, however, she develops writer's block and is unable to continue her story, until a mysterious early-morning phone caller claims to have the answers.

What I like the most about this collection is the character development of the sociopath in each story.  While completely amoral in nature and having committed some rather horrible acts, there were things about the characters that the average person could still relate to, making the reading of their stories somewhat uncomfortable at times as you could see little bits of yourself in these otherwise awful people.  In the second story, The Devil Drives a Big Mercedes, I even found myself sympathetic to the bad guy, feeling his childhood pain that changed him as an adult and made him the way he was. I picked this book up last night and did not put it down again until I was finished.  The stories grabbed you and wouldn’t let go! 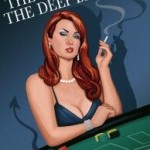