Thirteen years ago Rebecca Ferguson died, at least to everyone in the Black Hills territory. With a human mother and unable to shift into a wolf, Magnum Tao, the deranged alpha of the Tao Pack would’ve had both her and her father killed for deceiving him. Magnum didn’t allow humans to mate with members of his pack.

Now Magnum is the one who’s dead and Rebecca can return.

But coming back from the dead, building a new life after her divorce and opening a library in town isn’t the only obstacles Rebecca faces. Elijah, her father, doesn’t approve of her being in Los Lobos to the point where he forbids her to get involved with the pack, especially the males.

Their relationship has suffered because of her absence and she hopes to bridge the divide; confident that she doesn’t want a romantic entanglement with anyone human or wolf, anyway.

Thirteen years ago Blaine stumbled on his mate at the local Swimming Hole. The next day, she was dead. Once he learns Rebecca is alive and living in Los Lobos, he decides it’s time to give up his career in Brooklyn and return to Black Hills. But he knows it won’t be easy to claim her since Elijah’s unnaturally overprotective. The only way Elijah will back off is to challenge him.

A challenge that will end in one of their deaths.

Rebecca can’t deny the old attraction she felt for Blaine is still there and even stronger now that they are grownup. She’s caught between the man fate has brought back to her and her father, whose affection she craved her whole life.

But there’s a life altering secret governing Elijah’s erratic behavior that can cost Rebecca everything she’s worked hard to build and everything she thought she could never have with a man or wolf.

Will Rebecca and Blaine beat the odds stacked against them?

Or will the choices they make ultimately lead them down a path both of them don’t want? 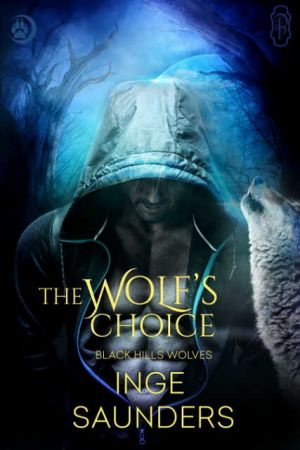 “Why would you need my support?”

Ryker straightened, taking on a solid stance next to Drew. The discussion wasn’t a threat to the alpha in any way.

“Her father won’t allow it.”

“He’s alpha of his household.”

“Are you going to challenge him?”

“And you want me to sanction it.”

“You expect me to support your claim without her being aware of it?”

“You expect me to swear a blood oath to you without assurance whether or not you’ll turn into your father.”

The menacing growl from Ryker vibrated through the room.

“All of us have done it for our mates.” He stared from one to the other.

News traveled through the wolf-grapevine. Drew’d had to gain his mate, Betty’s, trust when he returned to Los Lobos after she believed the lies his father told about him. Ryker had overstepped their laws by mating a human, something the old alpha would’ve killed him for. But Drew didn’t seem to have a problem with humans becoming part of the Tao pack.

“Elijah isn’t going to hand over Rebecca to you. He went to extreme measures to keep her safe.” Drew sat forward again. “Even with the new order, he’s still protective of her.”

Blaine didn’t budge. He knew what he wanted. And he rarely lost. 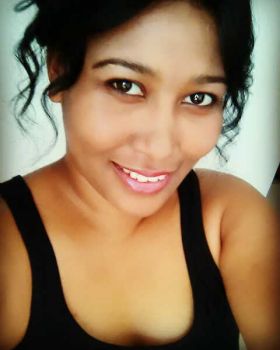 Inge Saunders lives in the biggest small town in South Africa‒ Worcester. She fell in love with books when she started reading romance novels with her grandmother. Intrigued by the worlds books unlocked, it was inevitable she would take pen to paper. She holds an Honors degree in Community Development and Learning Support and loves to sink her teeth into the research part of a story.

When she’s not writing about that ‘inexplicable attraction’ she’s reading almost every sub-genre in romance out there, spending time with friends and family and taking hikes in her hometown’s National Karoo Park.

Inge’s been a member of ROSA (Romance writers’ Organization of South Africa) since 2012 and has two contemporary titles, Falling for Mr. Unexpected (2014) and Dance of Love (2015) published with Decadent Publishing, as well as her first Black Hills Wolves novella, The Wolf’s Choice (2017).

You can connect with Inge here: