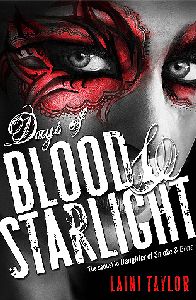 [color-box]Once upon a time, an angel and a devil fell in love and dared to imagine a world free of bloodshed and war.

This is not that world.

Art student and monster's apprentice Karou finally has the answers she has always sought. She knows who she is—and what she is. But with this knowledge comes another truth she would give anything to undo: She loved the enemy and he betrayed her, and a world suffered for it.

In this stunning sequel to the highly acclaimed Daughter of Smoke & Bone, Karou must decide how far she'll go to avenge her people. Filled with heartbreak and beauty, secrets and impossible choices, Days of Blood & Starlight finds Karou and Akiva on opposing sides as an age-old war stirs back to life.

While Karou and her allies build a monstrous army in a land of dust and starlight, Akiva wages a different sort of battle: a battle for redemption. For hope.

But can any hope be salvaged from the ashes of their broken dream?[/color-box]

I truly love this series!  The characters are fantastic and the story is thoroughly engrossing.  The world of this series is a wonderful blend of the real and the imagined and they fit together seamlessly.

The cast of characters expands in this series and they are all beautifully developed.  But Akiva and Karou were completely at odds with one another in this book and that was hard as a shipper of that relationship.  But that only made the story that much more of an engrossing read.

I love that this series takes the commonly held ideas of religious mythology and what it means to be good or evil and then turns them around.  Karou and her people are chimera, what most would consider to be demons.  Akiva is an angel, but many of his kind are far from the peace-loving angels that most of us imagine.  The story is told primarily from the point of view of Karou, making you really look at how perspective changes perception.

At it’s heart, the story is about two enemies coming together for a common goal, a common mission, a common future.  It is imaginative, exciting, and beautifully written! 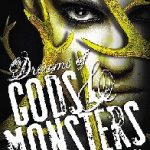 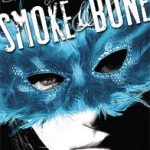