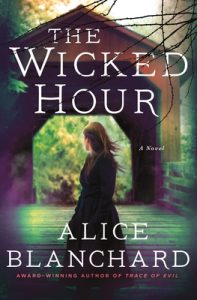 The day after Burning Lake’s notorious, debauched Halloween celebration, Detective Natalie Lockhart uncovers a heartbreaking scene—a young woman, dead and lying in a dumpster. There’s no clue to who she is, save for a mystifying tattoo on her arm, and a callus underneath her chin. She’s not from around here. No one knows who she is.

As Natalie retraces the young woman’s steps leading up to her death, she uncovers a deeper, darker horror—a string of murders and disappearances, seemingly unconnected, that may have ties to each other—and explain the abrupt disappearance of her best friend years ago.

As she digs deeper within the mind of the hunter, Natalie finds a darkness she could never have imagined. And as she draws closer to the truth, the killer is weaving a trap for her that may prove inescapable.

The Wicked Hour is the second Natalie Lockhart book, a police procedural series with a side of witchiness. The series should definately be read in order, as there are storylines in the first book, Trace of Evil, that are referenced in this. They are significant enough that not reading the first would impact the reading experience of this installment.

As with the first book, strange things are afoot in Burning Lake, a brutal murder that has left few clues. The town is still reeling from the events of the first book, and it begins to feel as if the town’s history truly has cursed it. Natalie is a great protagonist, a strong woman and a character that felt both real and relatable. There is a lot of introspection with her character, more so than in the first book. That may be something some readers may not enjoy, but I enjoyed it. Her character has been through some horrific moments, and it gave the story an additional layer to be able to experience her journey with her.

The secondary cast of characters were well developed and very much enhanced the story, which was gripping and had me turning the pages. As I said in my review of Trace of Evil, I loved the setting. It is very reminiscent of my own hometown, nestled in the foothills of the Adirondacks. It was used in a great way to really set the mood for the plot, which was full of twists and turns and a buffet of suspects.

There are some clear themes in this series: death, the processing of grief, the processing of revealed secrets, family dynamics and relationships, and more. I felt as though these were handled in an authentic way, which made the characters that much more relatable.

There is one subplot that has been referenced here and there throughout both books… the mysterious disappearance of Natalie’s childhood best friend, Bella. I’m hoping that we get more of that as the series progresses!

Alice Blanchard is the award-winning author of the Natalie Lockhart mystery series and acclaimed standalone thrillers, “Darkness Peering” and “The Breathtaker.” She has received a PEN Award, a New Letters Literary Award, a Centrum Fellowship, and the Katherine Anne Porter Prize for her writing. 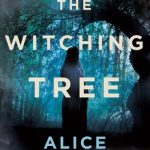 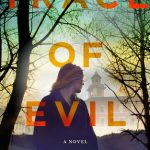 « Trace of Evil
The Library of Lost and Found »