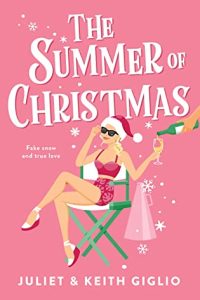 Experience a behind-the-scenes look at the making of a Christmas movie in July in this charming romantic comedy by writing duo Juliet Giglio and Keith Giglio!

Ivy Green, an up-and-coming screenwriter, can only watch as her life is turned upside down. Her script, based on her love story with her high school sweetheart, Nick Shepherd—who broke up with her days before Christmas five years ago—is being filmed in her hometown! In the middle of summer, during the month of July, the production crew creates a winter wonderland Christmas.

Now back home, Ivy is forced to face Nick for the first time, which he isn't too happy about. To complicate matters, Ivy isn't sure of her relationship with the producer, the town is overflowing with movie stars and adoring fans, and worst of all—the actress playing Ivy develops a crush on the real Nick! Now, with renewed and confusing feelings about Nick, Ivy is determined to see if there is anything left between them, but in the end, Ivy will need to re-write her life script to get back everything she thought she lost.

I loved the premise of the story, that Ivy wrote a script for a movie based on her now-over love story with her high school sweetheart. It’s a Hallmark movie come to life. But making the moving comes with an unexpected twist… the powers that be have decided to film it in her hometown. And that’s a place she’s avoided since the demise of her relationship with Nick five years ago. Seeing him again was not in her plans.

The book is set not far from my hometown, which added another layer for me. I wanted to love it. And I did enjoy it, just not as much as I’d hoped.

There were things I loved and things I didn’t love about the characters, too. Ivy and Nick seemed to spend more time living in the past than figuring out their presents and futures. I understand there’s going to be some going back in time when confronting an old love, but it seemed to be much more than that. It often felt as if they both regressed in age when they were around each other. They couldn’t move forward, couldn’t see what was in front of them. They spent much of the book going back and forth about what they wanted.

Despite that, I loved Ivy. She deserved better than she got from Nick, Drew, and Amari. I hated the way she was made to debase herself on the set of her movie. I also enjoyed the supporting cast. My only real critcism there was with Griffin’s arc. It felt significant when it was introduced, but nothing really came of it. It felt very much as if it was just the ticking off of an item on a list of things to include.

I hoped that it would all come together with the end. And it did, just not in a way that felt fitting for the story. It felt like another example of their inability to figure out what they wanted on their own.

The authors are screenwriters on some rather popular movies. That’s a very different style of writing from novel writing. I felt the same way about Chbosky’s The Perks of Being a Wallflower. In a movie, one doesn’t have to imagine the characters and their emotions. One sees it on the screen, sees the body language, the facial expressions. But a book makes a reader do that for themselves. Much of the book would probably be great on a screen, a movie I’d want to see. On the pages, it felt like there were some disconnects, some blanks that needed to be filled in.

I did like it. I just didn’t love it. 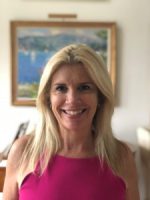 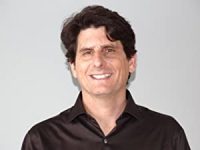 And now they have co-written a a romcom book called “The Summer of Christmas”/ (Debuts July 5, 2022)

Keith has worked on such projects as Walt Disney’s “Tarzan,” “Pizza My Heart,” “A Cinderella Story” “Joshua,” “Noah,” “Return to Halloweentown,” and “Another Cinderella Story.” He has written for Paramount, Walt Disney, Universal, Warner Brothers, Spyglass, Walden, Tokyopop and Platinum Studios.

Keith also worked as a Narrative Designer for a toy company helping to turn their IP into video games.

He earned a bachelor’s degree in English from Wagner College and an M.F.A. in film and television from New York University. He currently teaches screenwriting and video game writing at the Newhouse School at Syracuse University.

He is related to Juliet Giglio through the formality of marriage.