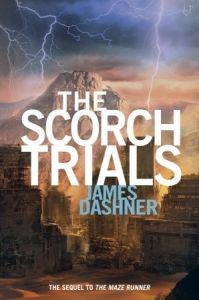 Solving the Maze was supposed to be the end. No more puzzles. No more variables. And no more running. Thomas was sure that escape meant he and the Gladers would get their lives back. But no one really knew what sort of life they were going back to.

In the Maze, life was easy. They had food, and shelter, and safety... until Teresa triggered the end. In the world outside the Maze, however, the end was triggered long ago.

Burned by sun flares and baked by a new, brutal climate, the earth is a wasteland. Government has disintegrated—and with it, order—and now Cranks, people covered in festering wounds and driven to murderous insanity by the infectious disease known as the Flare, roam the crumbling cities hunting for their next victim... and meal.

The Gladers are far from finished with running. Instead of freedom, they find themselves faced with another trial. They must cross the Scorch, the most burned-out section of the world, and arrive at a safe haven in two weeks. And WICKED has made sure to adjust the variables and stack the odds against them.

Thomas can only wonder—does he hold the secret of freedom somewhere in his mind? Or will he forever be at the mercy of WICKED?

The Maze Runner had me hooked from the beginning and The Scorch Trials kept that going.  This one was non-stop action and even more of the mysteries of the world they live in are revealed.

The Gladers have been told that their trials are over now, but in reality, they are just beginning.  There is no more Maze, but then they are thrown out into the post-apocalyptic, scorched world with a miimum of resources and told to cross the Scorch.  They are made promises if they make it successfully across within the alloted time.  And then the obstacles begin, different from the Maze, but just as serious and often horrifying.

This air of mystery is something I love about these books.  Secrets are revealed, but never very many at the time.  But instead of being frustrating, it amps up the anticipation.  WICKED, its people and its motives, is still a blur outside of their immediate circumstances and it leaves a lot of room for the imagination.

There are a lot of new characters in this book and, even though I have finished the novel, I am still not sure how I feel about some of them.  In this series, where what is good seems bad and what is bad may have a positive purpose, it is sometimes hard to neatly categorize the characters into simple “good” and “bad” groups.  But I like this because there is a lot of gray in humanity.

There were some harsh lessons to be learned in this novel, especially that of betrayal and trust.  From moment to moment, it is difficult to determine what is real and what isn’t.  Who is sincere and who isn’t.  This is not exactly conducive to building a trustful environment.  And once again, we are left with almost as many questions as we got answers.

The mystery behind the story is what builds the anticipation for me.  While generally, I gravitate towards more character-driven stories, this one is very much plot-driven and I truly love it. 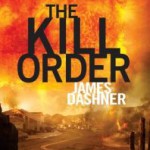 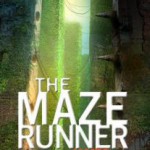 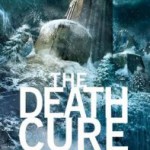 « The Maze Runner
The Death Cure »