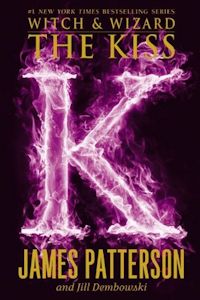 [color-box]PASSION HAS NEVER BEEN MORE DANGEROUS.Whit and Wisty Allgood, a witch and wizard with extraordinary abilities, have defeated the ruthless dictator who long overshadowed their world. But for the first time in their lives, the powerful brother and sister find themselves at odds as Wisty is drawn to a mysterious and magical stranger named Heath.Wisty has never felt as free as she does with Heath, especially when the two of them share and test their magic together. But when a merciless Wizard King from the mountains suddenly threatens war, Wisty must make an excruciating choice. Will she unite with Whit to fight the mounting dangers that could return their world to a tyrant's domain? Or will she trust the beautiful boy who has captured her heart?ONE KISS COULD DESTROY THE WORLD.James Patterson's epic saga continues as the witch and wizard who have inspired countless imaginations must rally together before the world they fought to save collapses.[/color-box]

Once I get into a series, I have to finish it… no matter what.  This is where I am with this series.  I love James Patterson as a rule and I loved the first two in the series.  I had issues with the third and I am faced with more here with the fourth.  There is another coming later this year and I hold out hope.

Some of it was very good and some of it was head-shakingly not so good.  The insta-love between Wisty and Heath drove me insane.  It is a YA cliché that I abhor.  It colored the entire rest of the story for me.  Based on the previously established relationship between Wisty and her brother Whit, I have a hard time believing that he would have just let that go as he seemed to.

The action and the intensity of that aspect was good.  There were parts that had me on the edge of my seat.  There were also times when I was so frustrated with the “good” characters that I was on the verge of losing my mind.

I will read the next book, but I am truly hoping that the use of companion writers stops.  I think his work is much better on his own. 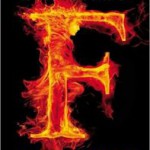