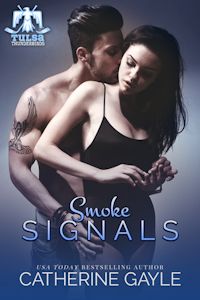 Desperation changes a person. Leads them to do things they never would have dreamed.

Thanks to his mother, Ray “Razor” Chambers knows what desperation can lead a person to do. But as a defenseman for the Tulsa Thunderbirds, those days are long in the past for both of them. His best buddy is about to get hitched in Vegas when a woman whose eyes are filled with an all-too-familiar haunted look approaches Razor. She makes him a proposition, and he knows he’s witnessing yet another act borne of desperation.

Viktoriya Dubrovskaya knows all about desperation, too. She came to America to study ballet and escape a fate no one should have to bear. She can never go home again. She’s broke and broken, not to mention in survival mode. Viktoriya turned to the only help offered, but in the end it stripped her of everything she was and all she wanted. Now she’s out of time, money, and options…until she sees Razor.

There’s no chance he’ll take her up on what she’s offering, but he suggests a counter-proposal—one involving a ring, a green card, and the chance to reclaim her body. It’s an opportunity she can’t pass up, but for Viktoriya and Razor, learning to live together as husband and wife is as foreign as interpreting Smoke Signals. And where there’s smoke, there’s usually fire.

Smoke Signals is the second book in the Tulsa Thunderbirds series, a spinoff and companion series to Catherine Gayle’s fantastic Portland Storm series.  And like all of the books in these two series, this novel combines love, steamy romance, hockey, and real life issues that hit hard.

I love hockey and I love novels about hockey.  And I have no small amount of love for the attention to detail that Catherine puts into the hockey aspects of the book, making it not only absorbing for long-time fans like myself, but putting in just enough explanation into her writing to make it easy for hockey noobs to understand, too.  But as much as I love the hockey, it is the characters and their stories that really make the difference.  The characters are so real, so well-developed, that you truly become connected to their stories.

This book revolves around Ray “Razor” Chambers, who we originally meet in the Portland Storms series.  When he goes to Vegas for his best friend Bab’s wedding to his long-time love Katie, he expects only to be there for that important day and to see old friends.  What he doesn’t expect is that is entire life will change.  But change is what happens when he meets the gogeous Viktoriya Dubrovskya.  Gorgeous, a porn star, and one of the most broken women he has ever met.  And his only mission from that moment is to protect her and to help her, no matter what she or anyone else says about it.

Like all of these books, Smoke Signals is raw and emotional and Catherine doesn’t shy away from real issues and real problems.  This is probably one of the more graphic novels in the series and that is less about the steamy factor and more about the very real issues that Viktoriya goes through over the course of the story.  I found it hard to read at moments, but that wasn’t because of the book itself or how it was written.  It was because it was just difficult to imagine the kind of hell that human beings can put each other through and the circumstances that put people into the positions they find themselves.  The author has a knack for finding these issues and highlighting them through her characters in a way that may make you uncomfortable and emotionally raw, but also in ways that truly make you think.