Two teens are forced to murder—maybe each other—in the first in a chilling new series from Neal Shusterman, author of the New York Times bestselling Unwind dystology.

In a world where disease has been eliminated, the only way to die is to be randomly killed (“gleaned”) by professional reapers (“scythes”). Citra and Rowan are teenagers who have been selected to be scythe’s apprentices, and—despite wanting nothing to do with the vocation—they must learn the art of killing and come to understand the necessity of what they do.

Only one of them will be chosen as a scythe’s apprentice. And when it becomes clear that the winning apprentice’s first task will be to glean the loser, Citra and Rowan are pitted against one another in a fight for their lives.

In the future world of Scythe, virtually all aspects of life are managed by the Thunderhead, an all-knowing and all-powerful artificial intelligence that is fully sentient. Poverty and disease have been wiped out, and there is no longer any need for people to work or go to school, unless they so desire. Natural death has been eradicated, nanites in the bloodstream healing them and masking pain. Death is temporary, everyone revived quickly and painlessly. But unchecked population growth coupled with the lack of natural death has given rise to a special class of humanity, the Scythedom. Scythes perform random “gleanings,” true deaths from which one can’t be revived. The book centers around Citra and Rowan, two newly chosen Scythe apprentices who find themselves embroiled in a political miasma.

I’m fascinated by the concept of utopias and dystopias, and how the things that make one also creates the other. So I loved the premise of this book, and of the series. The idea of an AI running the world is equally interesting and terrifying. However, the concept of the Scythes was simply horrifying. And this is where I had a problem with the book. I felt as if there were some parts that could have been explored and developed more deeply. For example, other than meeting quotas, there is no real oversight for the Scythes. There is no regulation on the methodology, meaning one could be gleaned painlessly or torturously. There is no regulation on how those to be gleaned are chosen, leaving it open to ethnic or religious gleanings. There is no real discussion as to why that is, which seems like an opportunity lost.

But the truth is, I still enjoyed the book very much. It’s an intricate story that really looks at society, its values, and whether the new is necessarily better. And the characters are fantastic. There is a wide range of personalities, both good and bad. They were interesting and vivid, even the ones I had to hate! And the plot was wonderful. There are a hundred ways the author could have taken the story, but the path he chose was perfect. There was enough changed in the book’s world to be new and different, and enough the same to make it feel realistic and possible. There were lots of twists and turns that kept me turning the pages right to the very end. The end was very satisifying, too! 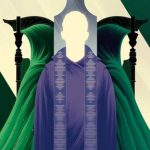 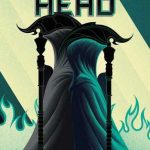