The first Zone Defense series spin-off with a rule-following basketball player and an unimpressed twink who thinks rules are made to be obliterated.

It’s not my milkshake that brings Kieran Kendall to my yard. Okay, maybe it’s a little bit my milkshake. But I also like to think it’s my dazzling personality and my magical… uhm… you get the idea.

Since meeting Kieran, my first, second, and admittedly third impressions of him have changed radically. Not surprising, since he was a prize D during at least two of those encounters. What I should be doing is running from the college basketball star who checks so many of my dream-guy boxes. But do you know how hard it is to find a hot guy who’s as smart as he is talented?

And I’m not just talking about his talent on the basketball court. Heck no.

It’s easy to get distracted by him, because of him, yet as far as he’s concerned, I’m the one who’s a distraction and throwing his carefully constructed plans out of whack.
I should be sorry. I should also be better at guarding my heart.

But Kieran Kendall is under my skin, and getting him to break his rules is far too much fun.

Rules, Schmules! is an 82k stand-alone MM romance featuring characters first introduced in No Take Backs. It contains ridiculous antics by college basketball players, a basketball mascot who likes to twerk, and lots of sweet and sexy times.

This is an MM romance, the first book in her new Fast Break series. Dean is fully out of the closet, focused on college and taking care of his family. Kieran is just as focused as the captain of their college basketball team, and he has his eye on the NBA. But he has no desire to become the poster boy of gay men in pro ball. To that end, he has very strict rules he lives by, and he has no intention of breaking them for anyone. Enter Dean…

I love the back and forth between the two; their dynamic is fantastic. But I love that the author wrote their story in a way that feels real. It wasn’t an easy path for them. It felt very representative of a lot of relationships in which one is out and the other has very real concerns about being open with their sexuality. It’s a hard situation to resolve, with give and take on both sides, and I really appreciated the author’s attention to that. Love isn’t always sunshine and roses, but it’s worth it in the end.

Becca Seymour lives and breathes all things book related. Usually with at least three books being read and two WiPs being written at the same time, life is merrily hectic. She tends to do nothing by halves so happily seeks the craziness and busyness life offers.

Living on her small property in Queensland with her human family as well as her animal family of cows, chooks, and dogs, Becca appreciates the beauty of the world around her and is a believer that love truly is love. 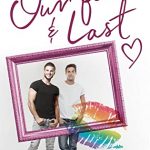 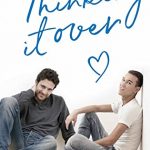 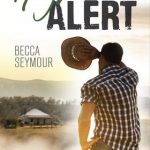