Several months after their first brush with death, Dannel Ortea and Osian Garey are back with a thrilling murder investigation in the second London Podcast Mystery Series novel.

While helping their flamboyant neighbour with his play, Dannel and Osian discover more than a ghost haunting the stage at the Evelyn Lavelle theatre. It's all fun and games until a friend is found kneeling over a dead body.

Is he the murderer or an unfortunate witness?

When one body turns to two, then to three, will the killer ever be found?

As Dannel and Osian work together to solve the mystery, the murderer focuses on them. Their drive to clear their friend’s name puts them centre stage. But not everything under the glow of the bright lights glimmers.

Will anyone be left when the curtain falls?

I love this series so much! The mystery, the characters, the twists and turns… all of it!

Dannel and Osian are the stars of the series, and I love the interplay between them. They are so supportive of one another, treat each other with such tenderness, and they are so funny. And their humor is so witty, so smart. It really makes the two of them come alive off the pages. With that, I also love the representation in this series, the own-voice representation of autism. They are everything I want in a book couple.

And the mystery… Dahlia Donovan is great at creating a twisty. turny mystery, and this latest novel is no different. Once again, the two find themselves in the middle of a murder mystery. As the saying goes, no good deed goes unpunished. The two agree to help a friend with what is thought to be nothing more than a ghostly intruder in a theater. Instead, they find so much more. But does that stop them? Of course not. As always, it makes them more determined to find the truth of what’s happening.

As much as I love Dannel and Osian, it would be remiss to not talk about the rest of the cast. There is such a diverse cast, each one of them fully as interesting as Dannel and Osian. I love that she makes them just as real as the main characters.

If you love cozy mysteries, this is a great one to read! 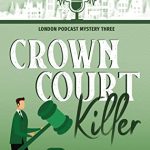 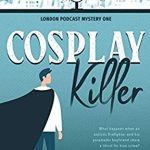