McKenna
I’ve always had a thing for my best friend’s older brother. In fact, I’ve been planning our wedding since elementary school. Then I grew up, moved away, and studying, and law school became my only focus.
Now that I’m back, the sexy cowboy is everywhere I turn. I shouldn’t mind so much as Rip Callahan is all levels of fine. My problem? His presence… his attention is sending me in a spin. And our reconnection? It’s fast and intense and everything I’ve ever dreamed of.
So why am I getting in my own way?
Rip
I didn’t know the first kiss I ever had would still play on my mind over ten years later. But with beauty and brains, McKenna Dawson is under my skin and very much off-limits.
Crushing on my sister’s best friend isn’t the worst part. That connection? I can’t ignore it. Should I fight it? Probably. Do I want to? Absolutely not.
A challenge among friends is all it takes for me to know she’s what I’ve been missing. That and one incredible trip with those same friends means there’s no going back. Not for me.
It was only supposed to be a weekend, but maybe we were meant to be forever after all.

Forever After All is a swoony romance, with very authentic-feeling characters.

The book has two favorite romance-novel tropes… “small-town romance” and “the best friend’s brother.” McKenna has been away, in law school so that she can follow in her grandfather’s footsteps. But now she’s home, glad to be reunited with her best friend… and her best friend’s brother Rip. She’s been at least half in love with him since she was 7yo, after “marrying” him. It hasn’t been any different for him. And now that she’s back, he doesn’t want to lose her again.

Their chemistry was fantastic, and I loved their dynamic. McKenna is unassuming and a tad insecure when it comes to Rip. But he has no hangups in making sure she knows exactly what he feels for her. That was a refreshing and beautiful thing to read.

My only issue was with McKenna… she spent so much time not believing Rip, despite that there was no reason for her not to. There were times when it became frustrating. But in the end, it all came together. I just wish there had been a little more development of that earlier. But the twists and turns, and the romance, were all very much worth it.

Kaylee Ryan is a New York Times and USA Today Bestselling author. When she’s not spinning tales of happily ever after, she’s reading, cooking, and spending time with family. Born and raised an Ohio girl, Kaylee resides in Cincinnati with her family. 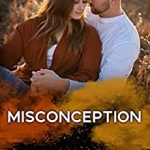 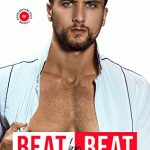 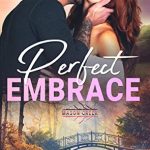 « Down By Contact
The Handmaid’s Tale: the graphic novel »