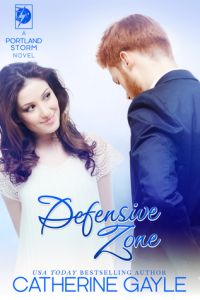 Portland Storm defenseman Cody “Harry” Williams owes his coach everything—especially for bailing him out of trouble in the past. It’s up to Cody to repay him by keeping his hands to himself around the coach’s sensual and mischievous daughter. All signs point to this task being easier said than done…

Up-and-coming fashion designer Dani Weber always gets what she wants—and she wants Cody Williams. Cody’s sexy, geeky-chic bowties and hard-to-get attitude only make her want him more, and Cody’s resistance is fading…fast.

One call is all it would take to land Cody on the trading block, ending their flirtation before it gains any traction. Cody is squarely in the Defensive Zone, but the only way for Cody and Dani to obtain what they really want is to go on the offensive—together.

Defensive Zone is the 10th full-length novel in the Portland Storm series, a series that has created an immense fan base of romance lovers and hockey fans!

This book focuses on Cody “Harry” Williams, a defenseman for the Portland Storm, and Dani Weber, the impetuous daughter of one of the coaches.  Dani has harbored a not so secret and not so subtle crush on Cody for a long time, much to the chagrin of her father.  After an incident last season, Coach Weber knows more about Cody than he wants to and has ordered Cody to stay away from his daughter.  But Dani isn’t taking no for an answer.  She knows that there is more to Cody than his buttoned-up, bowtied facade and she is determined to find out what it is.  She calls him Dirty Harry, after all…!

One of my favorite things about this series, besides the hockey, is that they each have a very serious focus beyond the romance.  But this novel takes a bit of a different direction than most of the other books in the series.  Cody has a secret, one that he is not all comfortable sharing.  And that secret makes the theme of this novel acceptance without judgment.  At first, Dani’s quest to find out what he’s hiding is just about having fun, but then she realizes that there is a lot more to the ginger-haired hockey player than she realized and she jumps in head first.  And once she has decided that she wants something, she will not be stopped.

Through the first third to half of the book, I really just wanted to slap Dani.  She’s young and she acted it.  She was extremely narrow in her vision, wanting what she wanted and to hell with anything that didn’t further that goal.  She was dismissive of Cody’s protests, almost scornful of his reasons for pushing her away.  Her attitude was beyond selfish and she annoyed me to no end.  But then things began to change when she finds out more about Cody and his family.  Then she grew up and became the woman she needed to be.

As I said, this book was very different from the others.  Less actual romance and a lot less hockey, but no less full of emotion and thought-provoking situations.  I love Catherine Gayle and I love that she keeps her readers guessing. 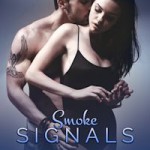