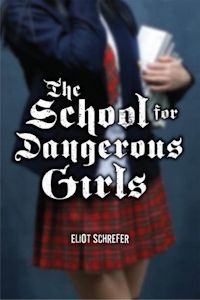 Angela's parents think she's on the road to ruin because she's dating a "bad boy." After her behavior gets too much for them, they ship her off to Hidden Oak. Isolated and isolating, Hidden Oak promises to rehabilitate "dangerous girls." But as Angela gets drawn in further and further, she discovers that recovery is only on the agenda for the "better" girls. The other girls -- designated as "the purple thread" -- will instead be manipulated to become more and more dangerous . . . and more and more reliant on Hidden Oak's care.[/color-box]

I absolutely LOVED this book!  It is very different from most of the YA that I have read… dark, gritty, and fiercely intense.  Most of the story is set at Hidden Oak, a boarding school that is really a last resort for girls considered to be unmanageable.  Many of these girls are there less for their own actions and more because of their parents’ prejudices or inability to care.  These are girls that have had less than stellar lives and now are on paths of self-destruction through drugs, alcohol, promiscuity, etc.

Angela Cardenas has been the “bad girl” for most of her life.  Her parents were frustrated and tired of dealing with her, so when her grandfather became sick, her parents sent her to live with him.  After his untimely death, her parents become convinced that she is in some way responsible so they send her off to Hidden Oak.  This is a place that embodies all of the stereotypical darkness of a delinquent facility.  It is a lockdown facility and the rules are strictly enforced.  “Gold thread” girls are  those that the powers that be have decided can be rehabilitated.  The “purple thread” girls mysteriously disappear and it is an unspoken rule that they never be mentioned again.  What happens to those girls leads Angela onto a path of discovery and a deep-seated desire to escape this dangerous place.

This is a remarkably intense and compelling read.  It is dark and full of  mystery and intrigue and twists and turns that will keep you turning the pages.  It  is also an emotionally deep story that drove me to tears more than once.  This is a story about decisions, choices, and survival.  It is a book that makes you question whether the ends really do justify the means.

The characters in this book were the driving force.  I liked the fact that the cast was multiracial, multicultural, and all with their own stories and complications.  There were many that were evil  to the core, and many others with whom you completely empathize.  Regardless of your feelings for a particular character, they invoke emotion.

You may never discuss your past with your schoolmates. Every girl here has dark stories that she would love to share late at night when the lights are down, but you may not, under any circumstances (Loc. 126-128).

You could never undo a dangerous girl. You could only ask her to be dangerous for the right reasons (Loc. 4294-4295).

Gripping and intense, I highly recommend this book!

I write books and then, by an astounding stroke of good fortune, someone publishes them. My first two books, Glamorous Disasters and The New Kid, were for adults, and then I had a momentous lunch with author/editor David Levithan when I became a young adult author.

Since then, you can blame me for a number of titles, including The School for Dangerous Girls, The Deadly Sister, and Endangered. Two things have come only recently in my career: a real confidence in plotting, and a realization that I write better stories when the characters are not me. When my protagonists are tweaked versions of myself (see: the first two novels above), they’re amorphous and unknowable people–like I’m too deep inside to know which details are important for a reader to hear about. But my latest, about a girl keeping herself and an orphan bonobo alive in a country at war, is so far outside my own lived interior space that I found it much easier to write it convincingly. 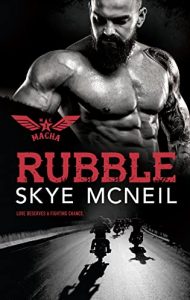 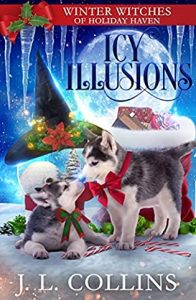