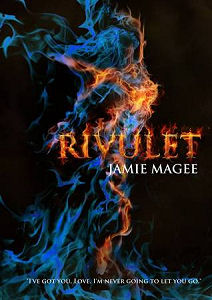 [color-box]Unfathomable forces have always contested Genevieve Indiana Falcon, known as Indie. The curse of her cold touch entraps her just as the grief ignited in her past torments her. Yet, her mysterious ability to dream while awake saturates her in the belief that she was not always anguished. There is hope that one day a true peace in her soul can be found.

Can she bend the laws of nature and fight the improbability that fire and ice could ever be one? As far as Indie is concerned, there is not a myth, spoken fate, or curse that is stronger than her stubborn desire to have it all ... including him.[/color-box]

A must read!  I read it without having read the Insight series and didn’t feel as though I was missing anything.  So I feel like it could be read on its own, although this opinion may change after I read the series!