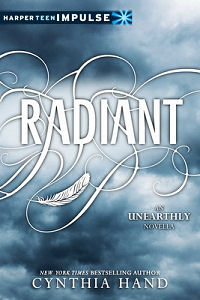 Clara is desperate to get away—from the memories that haunt her in Wyoming and the visions of a future she isn't ready to face—and spending the summer in Italy with her best friend, Angela, should be the perfect escape. . . .

For as long as she can remember, Angela has been told that love is dangerous, that she must always guard her heart. But when she met Phen two years ago she was determined to be with him, no matter the costs. Now she must decide whether she can trust Clara with her secret, or if telling her the truth will risk everything she cares about.

Alternating between Angela and Clara's perspectives, Radiant chronicles the unforgettable summer that will test the bounds of their friendship and change their lives forever.

Radiant is a quick read, a short novella chronologically set between Hallowed and Boundless, the next book in the series.  The majority of this one is centered on Angela, a character that I have been wanting more of.  She has more angel blood than Clara, but often seems to be less of an angel.  It didn’t really progress the main story line of Clara, but it definitely explained a lot about Angela and why she is the way she is.

There has always been a bit of an oddness about Angela, something that just seemed suspicious.  This novella didn’t change that feeling for me, but instead deepened it.  I am not quite sure on which side she falls and she keeps me guessing!  I am betting that is frustrating a lot of fans, but I like the mystery it provides the story as a series.

I think you could probably read Boundless without having read this and not miss anything essential.  But there is one pivotal scene in Radiant that is later referenced in Boundless.  But it is explained and described well enough in the book that it is completely understandable, even if you hadn’t read this novella.

Things to love about Radiant…

Not absolutely essential to the series, but worth the read! 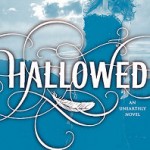 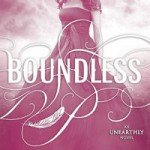 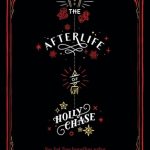 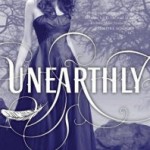