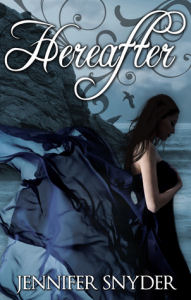 In Death I could finally see the importance of Life…

After being forced to become a Reaper Council member and being torn away from the one she loves, Rowan Harper must learn to accept her altered Fate as well as her death and move on. A task easier said than done, especially when witnessing those you love suffer in the wake of your death.

When an unlikely alli provides information that could change everything, Rowan sets out on a journey through Purgatory with her beloved by her side and a nonchalant Tracker to learn the true meaning of the word sacrifice. Another task which seems easier said than done, especially with the threat of Purgatory’s ability to corrupt your soul the longer you’re in its grip looming above their heads.

This was my favorite of the three Reaper novellas!  It was equally dark and gothically eerie, but even more emotionally charged than the first two novellas.  In part, this could be due to the fact that it is a bit longer than either of the others.  This one also has much more of a “journey to the other side” feel to it.

After reading Touch, I felt like I really knew Rowan as a character.  I fet for her, I loved her, I thought I knew her.  But in Hereafter, her character grew so much, so much more depth to her.  The same is true of Jet.  Choice gave us a lot of insight to his character, but he really came into his own in Hereafter.  There is still that underlying sadness, that fear, that darkness.  But there was love and hope, too.  The range of emotions was unbelievable, so much more than what I expected in a short novel.

There were some truly gut-wrenching moments in this book, but they were moments that, in the end, made me appreciate life, even with its ups and downs.  I don’t share quotes with every review, but there were a few in this book that truly summed up the emotions of it all.

Chapter 1, on her father

At the moment, he sat in the center of our couch, staring down a half-finished bottle of Jack Daniels. It was only 9 a.m. He hadn’t taken his first sip yet, but I could see the battle already beginning to wage within him on whether or not he should. He was broken and I was dead, with no capabilities of fixing him.

Chapter 3, Harlow on her family

“I’ve waited for them to come back, but they never have. They left me, and I didn’t follow because I was too scared. I was too scared of crossing over, of everything, and now I might have lost them forever.”

Torment and sin, pain and evil floated through the air in a near suffocating haze. I could feel it surrounding me, brushing up against me, attempting to lure me in deeper and away from the door so I couldn’t escape as though it were alive.

A must read after the first two books, and my fave of the three.  This is available as a standalone ebook or bound together with the others in a single volume, paperback or ebook. 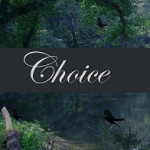 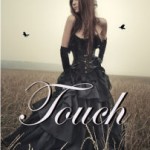