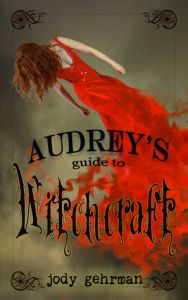 Falling in love, baking a magical cake, fighting an evil necromancer—it’s all in a day’s work for Audrey Oliver, seventeen-year-old witch-in-training. When her mother goes missing and her mysterious "cousin" shows up out of the blue, Audrey knows something’s gone horribly, dangerously wrong. Now it’s up to her to get her own magical powers up to speed before everyone she loves is destroyed by the sorcerer intricately connected to her mother’s secret past.

Audrey’s Guide to Witchcraft is a quick and fun magical read.  I love witchy books and this one had both a sweet romance and a good mystery to keep me engrossed.

Audrey is one of those main characters that is easy to like.  She is a smart and thoughtful person, but she has insecurities, too.  Her younger sister is everything she is not… outgoing, perky, a budding rock star.  Sadie, too, her eccentric and vivid “cousin,” also makes her feel a little tame.  It is the realization that she is more than she knew that really makes Audrey grow into her own.

The romance in this story isn’t insta-love, which I liked.  In fact, Audrey is so certain that he will fall for her more outgoing sister that she barely entertains the thought of liking Julian for herself.  I like that the romance didn’t come easily, but was something that developed over time. complete with some rather unusual obstacles.

I loved Audrey’s journal and I wish there had been a little more of it.  It was sort of a blend of recipes and witchy notes and it was a lot of fun.  I also wished we had had a bit more of her mother in the book to really understand their relationship, etc.

I do love the mythology of the witchy side of the story.  There were bits of realism mixed with the fantastical and it was a great blend.

This is a fun witchy read! 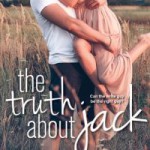 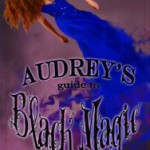