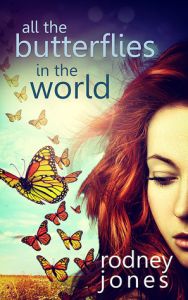 FTC Disclosure: I received this book for free from the book tour, publisher in exchange for an honest review. This does not affect my opinion of the book or the content of my review.

With her senior year looming, Tess McKinnon has two goals: hanging out with her best friend, Liz, and avoiding her judgmental, alcoholic mother. Then yummy John Bartley arrives—to tell Mrs. McKinnon that her daughter is dead. Distinctly still alive, Tess is baffled by John’s tales of 1800s time travel, rewritten lives, and love. She knows she’s never seen him before, but her feelings refuse to be denied.

When Tess and John discover an aged newspaper clipping that indicates John’s uncle was hanged for Tess’s murder in 1875, John decides to return to his time to save his uncle’s life, but when Tess checks the article after John’s departure, she is horrified to discover that John has been hanged instead.

Armed with determination and modern ingenuity, Tess must abandon her past and risk her future for a chance to catch her own killer and find her first love for the second time.

All The Butterflies in the World picked up right at the same moment as the previous book ended.  John and Tess are face to face and it is clear that the Butterfly Effect is in play.  While I am fascinated with that theory, it almost made me a little sad to know that the moments I loved the most between them from the first book were gone for Tess.

Unlike the first novel, the chapters switched back and forth between the viewpoints of Tess and John.  I liked that especially in this book because, for much of the book, the two were living separate lives.  Tess is still in 2009 after John has gone back to his own time in an attempt to set things right, promising to return to her.  This is when the issues of changing things in the past really come to light.  Every time either of them goes back and changes something, the future changes, often in some surprising ways.  Finally, Tess realizes that her only chance to save John and to be with him is to go back in the past and stay there.  And even though she has to leave everything and everyone behind, she finds an interesting way to keep in touch.  And that leads to yet another twist and I loved it!

I loved this story, but I was left with one single question.  This could be a minor spoiler, so  be warned!  View Spoiler »In the first book, Tess goes back to John’s time.  But when they try to send her back, she can’t get across to 2009.  Even when she dies, John can’t bring her body back.  Instead, he finds her alive and well in her own time, albeit without memories of him.  I just wonder why it is that John can cross over, but she can’t? « Hide Spoiler

This was a fantastic book that really made you think about the theoretical considerations of time travel and how it affects history and the future. 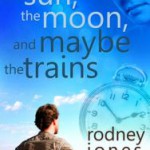 « All the Butterflies in the World Blog Tour
Lucid »