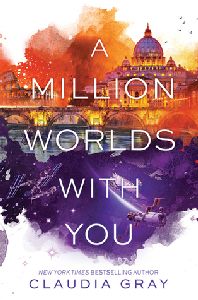 The fate of the multiverse rests in Marguerite Caine’s hands. Marguerite has been at the center of a cross-dimensional feud since she first traveled to another universe using her parents’ invention, the Firebird. Only now has she learned the true plans of the evil Triad Corporation—and that those plans could spell doom for dozens or hundreds of universes, each facing total annihilation.

Paul Markov has always been at Marguerite’s side, but Triad’s last attack has left him a changed man—angry and shadowed by tragedy. He struggles to overcome the damage done to him, but despite Marguerite’s efforts to help, Paul may never be the same again.

So it’s up to Marguerite alone to stop the destruction of the multiverse. Billions of lives are at stake. The risks have never been higher. And Triad has unleashed its ultimate weapon: another dimension’s Marguerite—wicked, psychologically twisted, and always one step ahead.

In the conclusion to Claudia Gray’s Firebird trilogy, fate and family will be questioned, loves will be won and lost, and the multiverse will be forever changed. It’s a battle of the Marguerites…and only one can win.[/color-box]

I have recently discovered that I have a thing for books about the multiverse.  Something about the unknown, about the possibilities… that excites me.  This book, this series, did exactly that.  I loved the world that the author built and how she changed it between the various multiverses.  I also loved the mechanism she used to tie the worlds together.  By mechanism, I don’t mean the actual Firebird, but how she makes those worlds accessible.

There is a lot of science involved in this series, but it is presented in such a way that it explains what it needs to without being anything like a lecture.  It also is the perfect tool to create villains and heroes.  The science behind travel between the multiverses is something that has lots of implications and applications, some with less positive ramifications.

This has been such a fantastic series, so beautiful.  And I am so sad that the ride is over!  This is a series I highly recommend for anyone who loves a thought-provoking, exciting read! 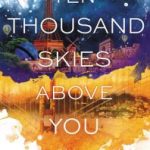 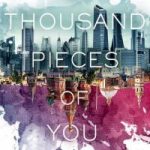