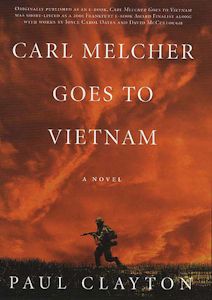 The year is 1968. Like thousands of other American boys, Carl Melcher is drafted and sent to Vietnam. His new company is infected with the same racial tensions plaguing the nation. Despite that, Carl makes friends on both sides of the color line. The war, like a tiger lurking in the bushes, picks off its victims one by one. Naively over-optimistic, Carl believes that karma and good intentions will save him and his friends. Then fate intervenes to teach Carl something of the meaning of life, and death.

I have read a lot of Vietnam War-era fiction, many by war veterans, and Carl Melcher Goes to Vietnam is by far one of my favorites.  Admittedly, there was probably an extra level of enjoyment on my part because of the fact that I spent almost 14 years as an active duty Army soldier myself.  There was something very human about this novel, something that made it more realistic than many of the novels I have read set in this era.

The novel is written in the first person from the point of view of the title character, Carl Melcher, a naive 18 year old drafted into the Army and the Infantry.  In his telling of the story, there was a lot of explanation of basic terms (like “Charley” and “R&R”) that most of us already know the meaning of, but that just added to the youth of Carl.  Personally, I think Melcher is an accurate representation of the average soldier in Vietnam, as in other wars.  He’s a young kid, drafted into the war, and largely naive as to what that means.  He spends most of his ToD in places that don’t put him in imminent danger, leaving him bored and doing many of the countless details that are a part of a deployment.  But over it all is the constant threat and fear of what could happen next.  Over the course of the novel, Melcher changes as he goes through love and loss. Because of the subject matter, it may not be the book for everyone.  It isn’t a happy book, but it isn’t all sad, either.  I personally loved it, although it almost feels wrong to “love” a book about war.  But I couldn’t put it down, completely engrossed and involved with the story and the characters.  I recognize that the fact that I am an Army vet, married to a deployed soldier, may have heightened the experience for me, but even aside from that, this was an excellent book. 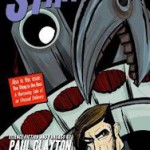 « The Day the Flowers Died
Wooneyville »