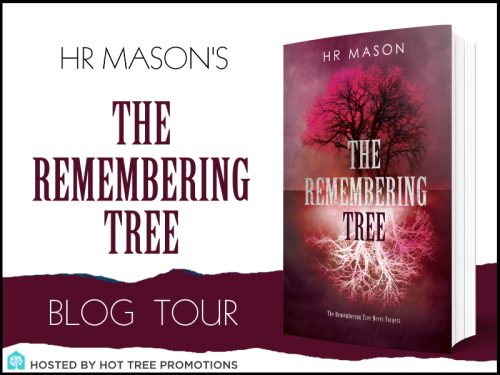 Only she who holds the key will unearth the secrets of the Remembering Tree.

Still trying to pick up the pieces after the sudden death of her husband, Gemma Clayborn takes her fifteen-year-old daughter, Opal, and heads for Beacon Shores, a tiny coastal town in the state of Washington. Her daughter is angry at the world, and Gemma is simply trying to survive. She plans to restore Moonstone House, the ancestral estate left to her by her grandmother.

When Gemma arrives in Beacon Shores, Moonstone House immediately captures her heart. She remembers spending summers there as a child, back before her mother decided they could never go there again. Eric Johnson, the contractor restoring the home, piques Gemma’s interest as well. She feels a strange connection to him, almost as if they already know one another.

What intrigues Gemma the most, however, is the strange and beautiful redbud tree in the front yard. The tree seems to know things, whispering to her, urging her to uncover the secrets of the past. The discovery of an old journal leads Gemma down the rabbit hole, into the pages of her great-great-grandmother’s life, one that eerily parallels her own. She begins to unravel the story of the women in her family, a history she could have never imagined.

Will Gemma figure out the secrets of Moonstone House before it’s too late? Or are some things better left buried in the pages of the journal?

The little girl scrunched up her forehead and shielded her eyes with her hand, blocking the sunlight.

“It’s nothing for you to worry about, child. Go now, run to the shed and bring me the shovel,” her mother commanded, holding something tightly inside her hand.

“But Mama—” the child argued.

“Don’t argue with Mama. Go get the shovel,” the older sister demanded, sensing their mother wasn’t in any mood for her sister’s antics.

Stomping her foot angrily, the younger girl opened her mouth to speak, but apparently thought better of it. Shaking her head in frustration, she ran behind the house toward the shed.

“This box holds our future. We must bury it immediately,” the mother informed her eldest daughter, her voice shaking as she leaned over and placed her empty palms on top of the large trunk sitting at her feet.

“I don’t understand, Mama. If that box is our future, why are we burying it?” The daughter questioned.

“Because we must. We don’t need it right now, but the time may come when we do. And if anyone finds it, or even knows about it, that will be the end of us.”

The mother’s green eyes flashed with fear and anger. The daughter’s blood ran cold, aware that her all-seeing mother knew far more than she was sharing. Her mama always knew what was coming, and the look in her eyes said what was coming wasn’t good.

“I got the shovel, Mama,” the younger girl yelled as she rounded the corner of the house carrying the old tool.

“Thank you, my girl,” the mother replied with a tight smile as she grabbed the implement from her daughter’s hands.

The three took turns digging, upending mounds of dirt as they toiled. When the mother deemed the hole large enough, she and the oldest daughter hefted the unwieldy trunk into the ground. The youngest girl began to toss piles of earth on top, rocks and dirt clattering upon the lid of the strange box.

When the hole was filled, the mother reached inside the pocket of her apron and pulled out three small seeds. She dropped to her knees, placed the seeds deep inside the dirt, buried them, then leaned down and kissed the spot where they lay.

Standing to her feet, the mother held her hands above the spot where she had buried both the box and the seeds. She began to sing. The little girl had heard her mother’s strange songs many times, and she knew most of them by heart. This one, however, was new. She listened closely as the unfamiliar words fell from her mother’s lips.

All at once, the mother focused her gaze on the burial spot. Both of her daughters did the same. The younger one caught her breath as a small, green sprout began to emerge from the dirt. The sprout continued to grow, and within seconds, the trunk of a tree began to form.

“Just watch, my girl. Watch and listen,” the mother commanded, clutching her worn Bible to her chest.

“I’m watching, Mama. But what am I listening to?” The little girl asked.

“Listen to the voice inside your heart. You’ll know what to do.”

It wasn’t the first time the little girl’s mama had told her to listen to that voice. Closing her eyes, the child quieted all the thoughts swirling through her brain. When everything was silent, she opened her heart and began to listen.

The words came slowly, but as they did, she began to sing,

“Listen close and you’ll find me,

Tucked inside and nestled deep,

Hearts of hatred, hearts of greed

Only she who holds the key

Will unearth the secrets of the Remembering Tree.”

The words stopped coming, and the child opened her eyes slowly, gasping when she saw what the words had produced. What was nothing more than three seeds and a pile of dirt moments before had become a fully grown redbud tree, resplendent with lush red blossoms.

The mother’s green eyes glistened with tears as a single drop rolled down her cheek.

“May God have mercy on us all,” she whispered.

Heidi Renee Mason is an Ohio girl transplanted into the Pacific Northwest. She is a homeschooling mom of three daughters, wife of one mailman, and a people-watching introvert who can be found hiding in the nearest corner.