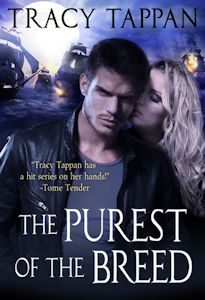 Plagued by enemies from above and below ground, a group of Vârcolac warriors fight a desperate battle to keep their secret town safe from invasion

A different place to find her dreams…

The night Marissa Bonaventure is saved from vicious kidnappers by special operative, Dev Nichita, her life is changed in ways she never could have imagined. Brought to the safety of an underground “research institute,” she’s offered a hefty sum of money to stay on and work for a year, money that will allow her to fulfill her lifelong dream of owning a restaurant. But the surreal events that unfold in the strange community of Ţărână soon make her wonder if all is what it seems. When the shocking truth about Dev is exposed, Marissa faces an impossible decision. She loves Dev deeply, but committing to a Vârcolac is a forever proposition, and the only way she can be with Dev will require her to throw away her one chance to redeem a miserable past.

The night Dev Nichita rescues Marissa from the claws of the Om Rău demon race, he knows she’s meant to be his mate. Lying to her about his true nature feels wrong, but he needs time to make her fall in love with him before he reveals that he’s a different breed of human being. When that secret finally comes out, their relationship is shattered in ways Dev hadn’t predicted. A 100-year-old betrayal rises up to threaten their future together—devastating every member of his family—and Dev’s own angry withdrawal becomes a nearly insurmountable obstacle. Then the Topside Om Rău enemy threatens a catastrophic breach of the hidden community, and Dev must call upon all his power as he races against the clock to save the most important people in his life.

I think I enjoyed this book even more than the first!  I am not usually into the whole alpha male concept, but the blend of the badass, hypermasculine men and the unexpected soft side really works.  Nowhere else but in a Community novel will you find such gorgeous specimens of man beasts who are quite so virginally innocent!

This one had some moments that were decidedly darker than the first, some situations that were almost hard to read.  Those moments brought us new characters and new storylines, a couple of which were left unresolved.  I am hoping that those stories will be told in future books.  One involves the horror of the things that happened to a Dragon female.  Another is a surprising revelation that was made almost in passing about the detective from the first novel.  There is another between Marissa and her sister, too, that I hope will be explored more at some point, too.  I shall say no more about that!

There is a lot of unexpected humor that makes the story fantastic to read.  There is a whole lot of steamy romance, too, but it is the humor that I truly love.  The story is fast-paced with lots of action and twists and turns, too, making it impossible to put down.  There was another story within the story, that of Dev’s mother, that really added a lot to the mythology of the community.  It was one that also brought a whole new level of frustration and angst to the story!!

The Bloodline War should definitely be read first to really know the story of the Community.  This is a great series with intrigue, action, humor, and no shortage of steaminess! 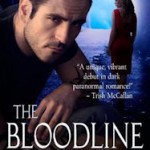