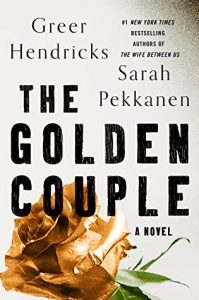 Wealthy Washington suburbanites Marissa and Matthew Bishop seem to have it all—until Marissa is unfaithful. Beneath their veneer of perfection is a relationship riven by work and a lack of intimacy. She wants to repair things for the sake of their eight-year-old son and because she loves her husband. Enter Avery Chambers.

Avery is a therapist who lost her professional license. Still, it doesn’t stop her from counseling those in crisis, though they have to adhere to her unorthodox methods. And the Bishops are desperate.

When they glide through Avery’s door and Marissa reveals her infidelity, all three are set on a collision course. Because the biggest secrets in the room are still hidden, and it’s no longer simply a marriage that’s in danger.

This book was so good! There were so many twists and turns, so many red herrings. It had everything I love in a good domestic thriller.

Marissa and Matthew really do seem as if they should be the Golden Couple… attractive, successful, and wealthy. But then Marissa has an affair, and everything changes when she confesses to her husband. Enter Avery, a therapist who has lost her license due to her nontradition, and rather controversial, clinical methodology. Over the course of the story, she becomes not just their therapist but an equal part bloodhound as she dives into their marriage to discover the truth of what’s between them.

For most of the book, I was never entirely sure who could be believed, who could be trusted, or just who was manipulating who. Just as soon as I thought I’d figured it all out, something would happen to change it all. I couldn’t put this book down! 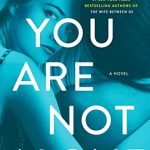 You Are Not Alone

« Behind Her Eyes
Storm Breaking »