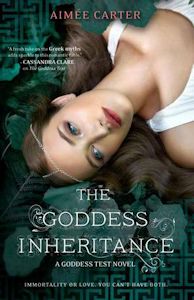 Love or life.
Henry or their child.
The end of her family or the end of the world.
Kate must choose.

During nine months of captivity, Kate Winters has survived a jealous goddess, a vengeful Titan and a pregnancy she never asked for. Now the Queen of the Gods wants her unborn child, and Kate can't stop her—until Cronus offers a deal.

In exchange for her loyalty and devotion, the King of the Titans will spare humanity and let Kate keep her child. Yet even if Kate agrees, he'll destroy Henry, her mother and the rest of council. And if she refuses, Cronus will tear the world apart until every last god and mortal is dead.

With the fate of everyone she loves resting on her shoulders, Kate must do the impossible: find a way to defeat the most powerful being in existence, even if it costs her everything.

Even if it costs her eternity.

I have really enjoyed this series and I am sad that it has ended, but The Goddess Inheritance is a lovely ending!  I think this one was the most action-packed yet.

Kate is faced with some terrible choices this time, and it made her an even stronger character.  I had started to have some issues with her during the second novel, so I was glad to see her character back to being strong and independent.  She seemed more level-headed this time, with her priorities straight.  I love that, whether it works or not, she always sets out to save those she loves.

Henry and Kate together were at their best.  There were swoony moments, frustrating moments, happy moments, sad moments.  In other words, it was pretty realistic!  They faced challenges that most of us never do and it was their relationship that kept them from going off the rails.

Cronus… what an interesting character.  Yes, he’s powerful and a bit of a psychopath, but somehow I still somehow liked him and sympathized with him a bit.  On one hand, he is a murdering bad ass, but other times he just seemed lonely and sweet.  It was an emotional rollercoaster!!

Sadness doesn’t equal weakness, sweetheart. If anything, it shows the love you have inside of you, and nothing stronger in this world exists.

I don’t need to be ancient to be worth something.

I figured Henry might smite me if I went through your underwear.

You really need to get over your martyr complex. One of these days it’s going to get you killed.

Read the entire series, and then read this!  A great series! 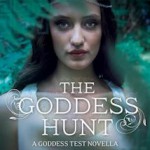 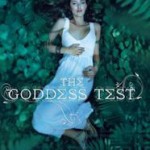