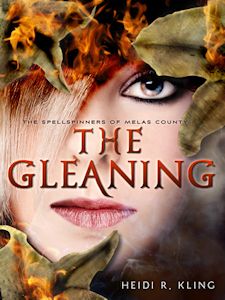 In the second installment of the Spellspinners saga, Lily’s worldview is rocked by fear, mistrust, and heartbreak, as she deals with the fallout from the night of her enchantment

Someone powerful is determined to keep her and Logan apart. But who? And why?

As the covens prepare to do battle in the Solstice Stones, the lines between good and evil, dark and light, begin to blur. Allegiances are called into question. Trust is broken. And all Lily knows may just be an illusion.

Will the star-crossed lovers unearth the seeds of betrayal before it’s too late? Or will the witches and warlocks of Melas County be forced to say goodbye to their magic—and any chance of reconciliation between the covens—for good?

In The Gleaning, nothing is as it seems. And Lily and Logan will have to tread carefully if they hope to uncover the truth in time to save their love and break the curse.

This is such a fun series to read!  The story surrounds the Spellspinners, witches and warlocks that have been separated into two communities and cursed.  They have been given 100 years to fulfill a destiny of change or their magic is lost forever.  Magic and curses are not a new premise, but the mythology that the author has built around them is very different.

I also love the active fiction format of this series.  It is so much fun to make choices for the path that your experience takes.  It also makes it fun to reread the book and make different choices.  They begin and end the same ways but the path to get there changes with every choice.

There is much more mystery and intrigue in this book, a lot more darkness.  There are twists and turns galore in this one, too, bringing in all new and disturbing aspects to the story line.  The past truly comes back to haunt the current generation and there are so many secrets that are revealed.

More than anything I wanted Logan to bear the mark.  To be the Chosen (Loc.15).

I inched along the slick walls in the dark, my palms slipping against the smooth concrete.  Then suddenly the surface wasn’t cool and hard anymore.  I felt my hands squish wet indentations into the wall that smelled of fresh blood (Loc. 211). 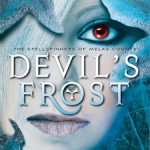 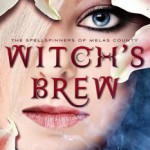