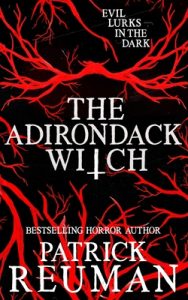 Three friends set out on a mountain hiking adventure meant to pull one of their minds away from the sorrow of losing his wife. But things take a quick and sinister turn when they are forced to camp for the night at the mountain’s dark peak.

Something is out there, something evil. It hides in the black of the forest and it waits. It stalks.

And it wants all their lives.

The premise of The Adirondack Witch captured my interest immediately. That, and the fact that I grew up in the foothills of the Adirondacks, which meant I also heard my fair share of stories about what may be within the depths of the forest and mountains. So a story about a man who goes off to hike one of the peaks with his two best friends and then has encounters with the dark things that lurk in the shadows? Right up my alley!

It started out well with the protagonist, Hank, who had clearly been through some things recently. Readers are taken into the depths of his pain, and it’s easy to feel for him. The flashbacks into his past helped create a sympathetic characters. From the way it began, I expected a book with a slow burn, twists and turns, horror and fear, and a surprising ending.

But it didn’t play out that way. The story spent most of the time with Hank and his struggles than increasing the fear elements, so much that one of the “twists” was an easy and early guess for me. The bulk of it felt rather repetitive, similar scenes/conversations reframed in different ways. It wasn’t until roughly 200 pages into the novel that anything truly disturbing happened, and even then it was quite disjointed and confusing. To classify it as a horror novel feels a bit misleading, more of a psychological thriller.

Nor did the ending have the kind of payoff one expects in a horror novel. Little was explained, making it incredibly abrupt. There was a note from the author at the end, an explanation of the ending. It felt odd, that why’s of the ending needed to be laid out that way. 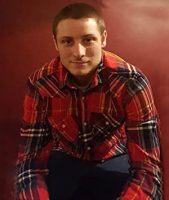 Patrick Reuman is a writer by day and a Medical Laboratory Scientist by night. He has been writing ever since he was 16 when a school assignment pushed his imagination toward creating his own stories. He has one child, a son, named Aidan. He hopes to continue writing while also plotting to take over the world.