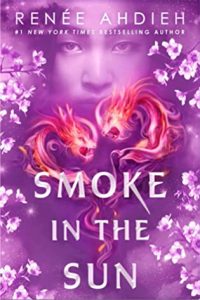 For weeks, seventeen-year-old Mariko pretended to be a boy to infiltrate the notorious Black Clan and bring her would-be murderer to justice. She didn't expect to find a place for herself among the group of fighters—a life of usefulness—and she certainly didn't expect to fall in love. Now she heads to the imperial castle to resume a life she never wanted to save the boy she loves.

Ōkami has been captured, and his execution is a certainty. Mariko will do what she must to ensure his survival—even marry the sovereign's brother, saying goodbye to a life with Ōkami forever.

As Mariko settles into her days at court—making both friends and enemies—and attempting Ōkami's rescue at night, the secrets of the royal court begin to unravel as competing agendas collide. One arrow sets into motion a series of deadly events even the most powerful magic cannot contain. Mariko and Ōkami risk everything to right past wrongs and restore the honor of a kingdom thrown into chaos by a sudden war, hoping against hope that when the dust settles, they will find a way to be together.

Set against the backdrop of feudal Japan, Smoke in the Sun is the breathless, romantic, not-to-be-missed fiery conclusion to a spell-binding adventure.

This was equally as beautiful a novel as the first book in the duology, Flame in the Mist. The lush descriptions of the setting, a fantasyesque feudal Japan, are absolutely stunning. The world of these stories becomes real and visual, a magical air lent to each scene, even when that scene is perfectly mundane.

Smoke in the Sun contains less romance than the first book, which feels appropriate for the plot of this novel. The relationship between Mariko and Okami was well established in Flame in the Mist, allowing this book to focus more on the intrigue and action. In this one, Mariko is in the castle, playing the part of a dutiful bride to the sovereign’s brother, Raiden, even as she tries to find away to free Okami and help the Black Clan. Her place is tenuous at best, as she navigates two worlds she inhabits, made all the more dangerous by Emperor Roku. who is becoming ever more violent and unhinged every day.

The perspectives often included those of secondary characters, which I really enjoyed as it created depth and layers to the story. At times, those secondary characters were more engaging than the primary two, showing that those who first to appear to be the villains later are shown to be far more complex than that.

One of the things I love most about this duology is the way female and male power is played out. It is the men who openly battle for supremacy, but it is the strong women behind the scenes that make the difference. 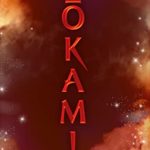 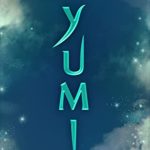 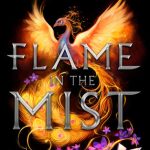