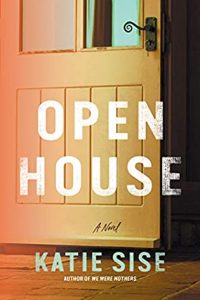 A missing young woman, ten years gone. A town still held in the grip of an unsolved mystery. A breathtaking novel of psychological suspense by the bestselling author of We Were Mothers.
A decade ago in upstate New York, art student Emma McCullough walked into the woods and was never seen again. It’s a mystery that still haunts her bucolic university town and her broken family, especially her sister Haley, whose need for closure has become an obsession. But now, finally, the first piece of evidence in the vanishing has been found: Emma’s bracelet, lodged in a frozen piece of earth at the bottom of a gorge. For Emma’s three best college friends, for a beloved former teacher, and for Haley, the chilling trinket is more than a clue in a resurrected cold case. It’s a trigger.
Then a woman is attacked during an open house, and the connections between the two crimes, ten winters apart, begin to surface. So do the secrets that run as deep and dark as the currents in this quiet river town.

Open House was an interesting read for me. The mystery at the center of the story was that of Emma McCullough, who’d fallen to her death during a party while she was in college. Most had presumed that she had committed suicide, but her younger sister, Haley, never believed that.

It has all the core elements necessary for a great thriller… twists, turns, secrets, mystery, and a cast of potential suspects. But the characters… most of them were highly unlikable, which is something I generally dislike. I love being able to feel for a character, and I just couldn’t do that here.

The story is told from the perspectives of three women, all of them somewhat unreliable in their own ways. Emma herself was one of the three, telling her story in the past, the days leading to her death. Her words make it clear that she is struggling and completely oblivious to some of the dynamics playing out around her. Haley is also a narrator, having become almost obsessive in her need to find the truth of what happened to her sister. She’s an odd girl, so compartmentalized that she reminded me of the Temperance Brennan character on the show Bones. The third narrator is Priya, a former teacher who has suffered from crippling anxiety for years. She, too, was hard to connect with, as she seemed to thrive on being the “shrinking violet.”

Unfortunately, too, the ending was fairly predictable. Fairly early on, it was easy to narrow down the suspect pool. Were there unexpected twists? Definitely, but the main storyline was easily solved. That was a bit disappointing.

Did I love this book? No, I did not. But I definitely didn’t hate it. I feel like it’s the kind of book that just wasn’t my cup of tea. But there are enough great points about it that I feel that it very well could be someone else’s cup of tea. 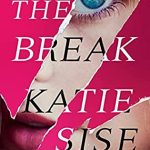