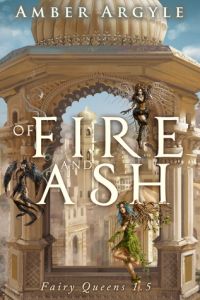 One promise can change everything.

But when Nelay's father is near death, the fairies are the only ones who can save him. All they require is a simple promise that she'll return the favor one day.

Of Fire and Ash is a short novella in the Fairy Queens series by Amber Argyle.  It introduces us to Nelay, a young girl who had spent her life hiding the reality of her special gift… the fact that she could see fairies.  Her mother had taught her from a very young age to avoid them at all costs.  For one thing, the help of a fairy meant a very high price would have to be paid.  In addition, it could bring her to the attention of the priestesses, taking her away to a life apart from your family.  But Nelay learns that sometimes it is a price worth paying, or is it?

This is a short read, but a great back story to the upcoming Summer Queen!  While you could probably read Summer Queen without it, it adds quite a bit to Nelay’s story! 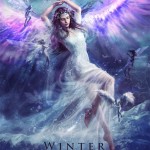 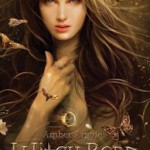