Today I am happy to be hosting a stop on the Lord of Shifters Blog Tour, a fantastic series by author Angela Carlie!  I have been a fan of Angela’s sinec Dream Smashers, her ability to dig deeply into her characters making everything she writes a word treat!  So read on to learn about the books and to enter a giveaway for a book of your choice from the series! 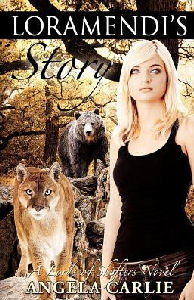 Lora wants nothing more than to be the wind behind sexy windsurfer Chance’s sails. But fulfilling that wish just became…complicated. After seventeen years of normal life, someone wants Lora and her family dead. And the attempted massacre isn’t nearly as strange as the reason behind it. 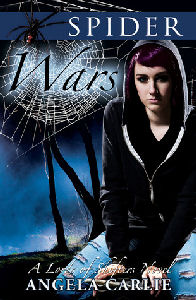 What happens when a species is tired of being stomped on?

Jess’ life has never been ordinary. After all, life on the road with an immortal family of gypsies is hardly predictable. Living in the small town of White Salmon, Washington has brought some normality to her life. But when her cheating, sometimes boyfriend, Nicu, gets involved with a group of arachneshifters, life gets a little sticky. Will she be able to save him from the web he’s spun? More importantly, how much is she willing to risk to get him back? 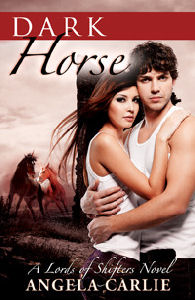 Amethea thought she was the last of her kind, a creature from mythical stories, from light, peace, and magic. But, Amethea isn’t a myth, and she doesn’t hold any peace in her heart. She watched as her family was murdered for the magic of their horns. She’d give anything to avenge their deaths. She just hasn’t figured out how yet.

When she meets another, Cerus, everything changes. Together, they harness more power than Amethea ever dreamed. But is it enough to take down the Lords of Shifters?

We all have demons hidden deep in the crevices of history. Johnnie’s have busted out, exposed for all to see. But he doesn’t care that everyone knows. Just Jess. She’s got a front row seat to the Johnnie’s demon show, and Johnnie’s about to find out that he hasn’t met all of them yet.