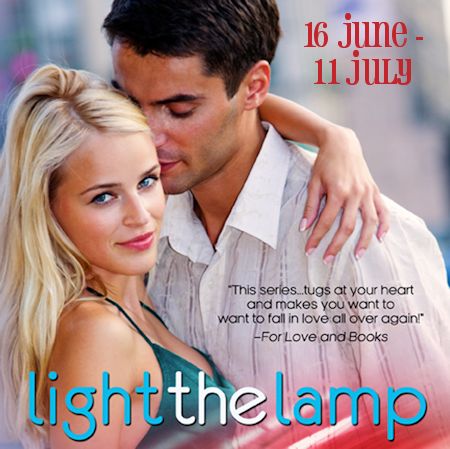 Welcome to the Light the Lamp Book Tour!

Light the Lamp is Catherine Gayle’s latest release in the Portland Storm series!  As a diehard hockey fan, I love this series!  Romance and NHL makes me a happy reader!

Read on to learn more about this book, and the others in the series, and don’t forget to enter the GIVEAWAY!

She’s reaching for a breakaway pass.

Dana Campbell has spent the past seven years in self-imposed isolation for a crime she didn’t commit. The danger is well in the past, but her panic attacks make it impossible to have a normal, healthy relationship with a man. Even her counselor has given up on her. She has to find someone she trusts to help her fight through the panic, or her seven-year ordeal will become a lifetime sentence. There’s only one man she feels safe enough to ask.

He got caught with his head down.

As the captain of the NHL’s once elite but now fading Portland Storm, Eric Zellinger knows a thing or two about keeping his focus on the job. Questions are flying about his ability to lead the team back to the playoffs. If they don’t make it, he might be shipped out of town. It’s the worst time possible for his best friend’s kid sister to divide his focus. How can he give her what she needs without jeopardizing both the Storm’s playoff hopes and his future with the team?

It’s her only chance, but it’s his last shot.

Injury after injury has put Brenden Campbell’s NHL career on hold for years. Now he’s playing for the Portland Storm and determined to make it stick. Few things in life drive him more than being told he can’t have something he wants, and what he wants most is to prove he belongs. Brenden also wants Rachel Shaw, the cute, little redhead who just got hired as the general manager’s new assistant. But then she went and made herself off-limits, telling him: “I don’t date.” Those three words pretty much guarantee that he’ll do everything he can to change her mind.

Rachel is changing things up on the fly for her family, moving them somewhere she can be the kind of mom her kids deserve. Allowing anyone else to be in their lives is out of the question, at least until her instincts get back on track. How else can she be sure who to steer the kids clear of? Right now she trusts no one, including herself, and especially not a man like Brenden Campbell. He’s way too handsome and a little bit cocky. Falling for a guy like him is a mistake she can’t afford to make twice.

« Light the Lamp
The Sword and Its Servant »