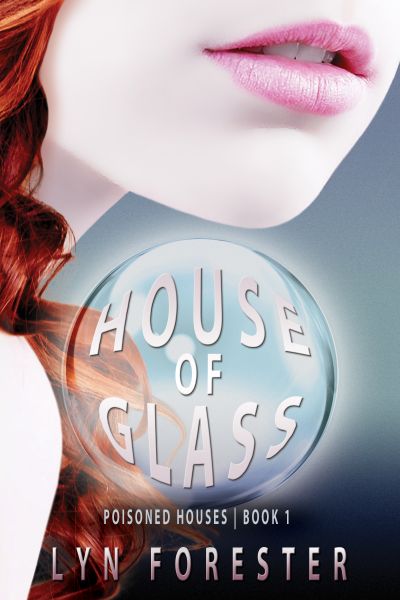 After Caitlyn’s life falls apart, can she trust her old racing competitors to help her build a new future?

On a poisonous planet, humans and halions coexist in stacked city structures with only a high wall to push back the toxic jungle. But not all poison comes from outside. As an elite, Level 12 citizen and the daughter of a ruling family, Caitlyn has fought her entire life to not follow in her father’s footsteps.

When her secret identity as Sparks, a low-level disc-bike racer, is discovered, her father ships her off to the Academia for Planetary Alliance to turn her into a proper politician. Determined to toe the line until she can escape, Caitlyn’s plans are once again thrown off balance when she meets her new classmates, Declan and twin brothers, Felix and Connor—three men who know her and are determined to become a team. 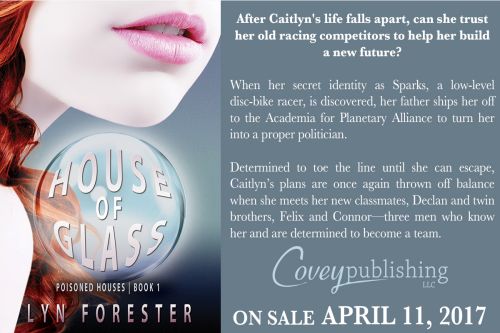 “Yeah, this year will be great!” a male voice shouts from behind me.

Startled, I twist around and slip. My heart thunders in my chest as my feet leave the ground. Free falling, I fling my arms out, desperate for something to anchor me.

“Whoa, there.” A warm arm encircles my waist, catches me against a warm chest. “Be careful. Those heels are dangerous.”

I glance up into golden-brown eyes, surrounded by a thick fringe of lashes. Heavy, dark brown eyebrows slant upward as his mouth curves into a grin. My pulse pounds harder, now that I’m safe.

“Thank you.” A blush stains my cheeks, and I curse the translucent skin that came with my red hair.

“That’s some heartbeat you have there.” He sets me on my feet but keeps a hand on my back as if worried I’ll fall again. The heat of his palm sinks through my light sweater, burning its way into my flesh.

“Thank you.” I shake myself and stammer, “For catching me. Falling hurts.”

“Yeah, I know the feeling.” His gravely voice rumbles inside his chest.

I frown, the sound pinging in my memory.

“Nice catch, dude,” the same guy from earlier calls. A shaggy, black haired head pops over my rescuer’s shoulder. Grass-green eyes rake over me, a smirk twisting the corner of his mouth. “Seriously, nice catch.”

“Stop it, you’ll creep her out.” Another guy appears, black hair combed away from his face. Through a pair of wire-rimmed glasses, his serious green eyes glance over me. Tall and slender, the white button down school shirt hugs his body to accentuate the narrowness of his hips. “Forgive my brother, he has no manners.”

As my eyes shift between the two brothers, the first one stands straighter, moving away from his brown-haired friend. He pushes the black hair back from his face and turns to him. “Trust me, she’s not creeped out, bro.”

“More like creeped *on*.” His brother glances at him, and they have the same straight-nosed profile, the same jawline.

“Twins.” I look back at my rescuer.

His smile broadens, hand tightening on my waist. “Nice to finally see your face, Sparks.” 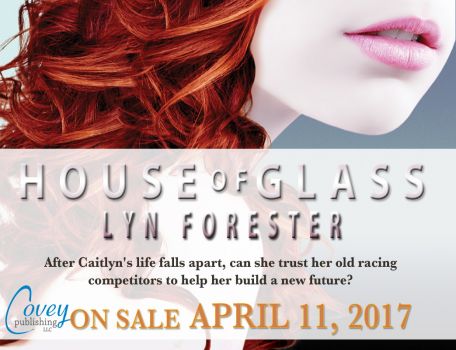