How far would you go to stop a monster hell bent on destroying humanity?

Before Ashley Keenan became a werewolf, she thought she understood the line between good and evil. It was the vamps and shifters playing by their own lethal rules who were to be feared.

Now she must stop an ordinary man and his plague of vampires. That same man’s terrifying games led to her family being murdered and caused her own unwilling transformation into a supernatural. Worse, he might not be the only one hunting the memories buried in Ash’s head. As tensions escalate between humans and supernaturals, and new threats emerge from the shadows, black and white turns to gray.

To protect the people she loves, and save the world, Ash will have to confront her darkest fears. But time is running out….

This is the final book in The Wild Side trilogy, a paranormal fantasy series set in a warring world of vampires and werewolves.

As much as this is paranormal fantasy, though, it is a romantic suspense novel. Ash and Dan have a great dynamic that I loved to watch grow. And the twists and turns kept me on the edge of my seat and turning the pages. The suspense aspects were so good!

The world-building is fantastic, as is the character development. I felt like I was right in the middle of it the entire time. Great read!

M.J Scott is a RITA® Award nominated author. She is an unrepentant bookworm. Luckily she grew up in a family that fed her a properly varied diet of books and these days is surrounded by people who are understanding of her story addiction. When not wrestling one of her own stories to the ground, she can generally be found reading someone else’s. Her other distractions include yarn, cat butlering, dark chocolate and fabric. She lives in Melbourne, Australia. 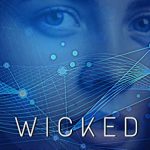 « Always Have, Always Will
Chase »