After a month of hunting for her, Asher isn’t expecting to stumble across Brie again, but once he does, he’s determined not to let her go.Brie knew it was a mistake to warn the hunter about the approaching danger facing the Alliance compound. She learned long ago that getting involved resulted in pain. However, she couldn’t resist trying to help, and now she’s paying for her mistake.

When Asher learns Brie is hiding secrets that could be the key to defeating their enemies, he’ll do whatever it takes to protect her, even if it costs him his life.
Can he keep her safe from the dangers pressing closer, or will the knowledge she holds destroy them all?

This was such a great read! The characters are truly amazing, so well developed that I easily fell into their stories. I felt with them, which is an emotional connection I love in a book. The plot was completely engrossing, too. There was so much suspense and anticipation, so much intrigue. Those elements wove together with an emotional story and created something I just couldn’t put down. It was absolutely a perfect blend of suspense, of romance, and of adventure. A great read! 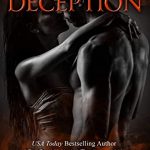 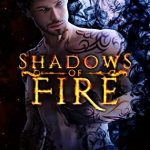