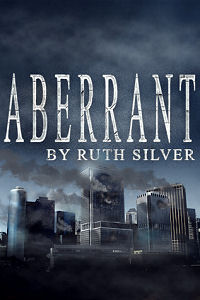 [color-box]In the future Dystopian society of Cabal, the government instills equality for all and offers its citizens the perfect system. There is food, shelter and jobs for everyone. The one requirement is to follow the rules without question, including the government's match in marriage and "The Day of the Chosen", a lottery that randomly selects families to conceive children as natural means hasn't existed in generations. Following her eighteenth birthday, Olivia Parker accepts her requirement to marry her childhood best friend, Joshua Warren, and is eager to start her work assignment and new life when it all comes abruptly to an end as she's arrested and thrown in prison. The only crime committed, her existence. Olivia is unlike the rest of the world born not from "The Day of the Chosen." The truth haunts the government and puts her life in grave danger as one simple fact would destroy the perfect system.

With Joshua's help, Olivia breaks free of prison and is forced on the run. Together they set out to find the promised rebel town in search of a new home and new life together. Their situation seems less than promising as they reach the town of Haven. New rules and customs must be adhered to in order to stay. Leaving would mean most certain death in the large expanse of the Gravelands. Time is running out as the government mounts an attack to destroy Olivia and bury her secret with her. Thrown into a world unlike their own, they must quickly adapt to survive.[/color-box]

Aberrant takes place in the future, the dystopian society of Cabal.  It is a world that seems ideal on the surface, the premise of absolute equality for everyone.  But it is soon clear that perhaps it isn’t so ideal, with very little free will and free choice.  One of the most fundamental changes is the ability to have families in the traditional, the ability to conceive a thing of the past.  With it went the basic forms of intimacy.  Instead, marriage is less about love and more about being “matched” by the government.  Children are given to selected families through lottery, not choice.  And this is where the fun begins…

There are not enough words for me to describe how much I loved this book.  I fell into it immediately, loving Olivia from the very beginning.  She was a bit of a rebel, a spark in her that I instantly related to.  Joshua was equally wonderful as a main character, and I think I adored him as much as I did because Olivia clearly adored him.  I felt every emotion right along with Olivia, frequently being angry with other characters as they seemingly used her for their own reasons.  The mystery and intrigue of the book made just about every other character more than a little suspect, which truly added to the suspense and the anticipation of the book.

The world that the author created was phenomenal, from the physical side of it to the people that lived in it.  It blended the future with the contemporary in a way that made it entirely believable.  The pacing was perfect, with twists and turns that I never saw coming.  Questions were left unanswered, leaving me begging for the next book!

A fantastic read that you won’t be able to put down! 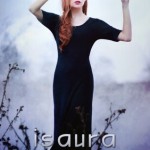 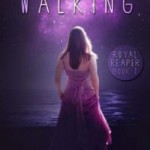