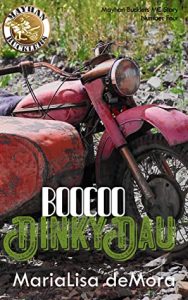 The fourth installment in the Mayhan Bucklers MC romance series. A charming tale of love and acceptance in a steamy-sweet May / December MM romance story.
Brian “Brain” Nelson has been in the MBMC since Oscar and Kirby recruited him for the resurrected club. Like so many of the members, Brain struggles with demons left from his time in the military. His PTSD and traumatic brain injury symptoms are relentless and plague every aspect of his life with anger, taunting flashes of forgotten moments, and despair.
Clark Donaldson is an old-timer, a member of the original Mayhan Bucklers MC founded by Kirby’s and Oscar's grandfather in the aftermath of the brutal Vietnam War. Old Boots has got a thing or two to teach these cherries who want to think they've invented the strain and pain of life after the service.
Brain might be an FNG when it comes to the club, but he’s got a lesson or two for Old Boots, too. Welcome to charm school, old man.

This is a book that sparked my interest from the very beginning. I am old enough to remember the end days and aftermath of Vietnam. I’m also a US Army vet who served during the DADT years. During my years, I’ve seen more than my fair share of PTSD. And MariaLisa deMora did an excellent job with both in this book.

This is the story of Boots and Brain, also known as Clark and Brian. It’s an age-gap romance that is incredibly gripping. Boots is OG, a Vietnam-era vet, while Brain is an post-9/11-era vet. They are connected in ways beyond the MC and simply being vets.

Both of them are quietly gay, used to living life on the down-low after years of serving during the Don’t Ask/Don’t Tell years. I remember those years, remember the fear with which my gay friends lived with, having to hide and deny such a big part of themselves. The author captured the intensity of that, of how ingrained that feeling is, even after leaving the military.

Both men have demons. Boots has learned to deal with his, most of the time. But the wounds are still fresh for Brain, both emotionally and physically. He’s suffering deeply, spiralling into dark places. But Boots is the one person that soothes his soul and helps him see the light in the world. The author doesn’t shy away from the horror that is all too common among military types, portraying it as it is. Hard as it is, as a former soldier, I appreciate that gritty reality.

This is a fabulously real story with ALL the emotions! I highly recommend this book! 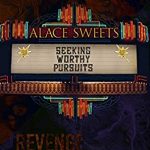 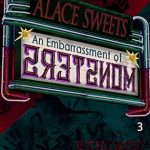