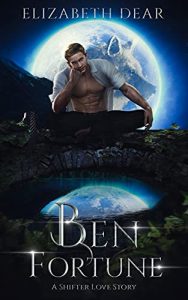 When my family finally left our little close-minded pack of assholes back in Utah to join a huge progressive pack in Northwest Louisiana, I thought I’d finally be free of the chains of judgment, scrutiny, and homophobia that had tainted my life with our old pack. I thought I was done with labels and pack drama, and I was ready to fly through my last two years of high school winning friends and influencing people with my stunning charisma—in spite of the fact that we were supposed to be lowly omega wolves.
But when the Alpha’s son rejects my beloved sister as his fated mate on our very first day at Blackstone Academy, his callousness and stupidity kick off a chain of events that embroils us both in the drama we wanted to avoid, both at school and within the pack at-large.
It also tangles me with the Alpha Heir’s best friend and beta wolf, Thad James, and I can’t seem to fight my attraction to him—not that I try very hard. He’s a stuck-up, beautiful, cocky asshole behind those sexy-as-fuck glasses, and I make it my life’s goal to knock him off his game while he fights the intense chemistry between us.
To him, there could never be anything serious between us because of who he thinks I am.
And who am I? I’m Ben Fortune, and I’m going to get what I want.
This is a New Adult, academy-based Urban Fantasy and MM Romance. While it can be read as a standalone, it is highly encouraged that you read Mave’s book (Blackstone Academy Book 1) for a better reading experience. As always, this book is intended for the 18+ crowd and contains alotta swearing and some spicy boy-on-boy action. If that all sounds like your jam, then dive in!

Ben Fortune takes place along the same time line as the previous book, Mave Fortune. So while there is some crossover/repetition from time to time, it is still fresh as it’s from Ben’s POV. And Ben is just as much of a badass as his sister. I love their bond, the way they will do virtually anything and everything to protect each other in any way necessary. I also love the dynamic between Ben and Thad, otherwise known as Nerd Porn. The struggle to come to each other, the push and pull between them, all of it was so good. I love Ben, Mave, their family and friends, and their fight against the elitist hierarchy that exists in their new, supposedly more open and accepting, pack. It was such a relatable fight.

I fell into this book, despite the genre not being my usual, and I loved it! It’s engrossing, and the storyline will keep you turning the pages!

Up next is Knox’s book, whom I hated for much of the combined storyline. But in the end, he came around, so I’m so interested to see what comes next for him. And do I want a Harriet book? Yes, I do!

Elizabeth Dear is an aspiring independent author of Upper YA/New Adult fiction. She’s writing the books she would want to read as an indie fiction fanatic and voracious reader. She loves ALL the tropes and only hopes you enjoy the ride.