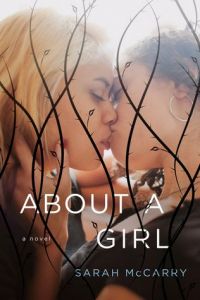 Eighteen-year-old Tally is absolutely sure of everything: her genius, the love of her adoptive family, the loyalty of her best friend, Shane, and her future career as a Nobel prize-winning astronomer. There's no room in her tidy world for heartbreak or uncertainty—or the charismatic, troubled mother who abandoned her soon after she was born. But when a sudden discovery upends her fiercely ordered world, Tally sets out on an unexpected quest to seek out the reclusive musician who may hold the key to her past—and instead finds Maddy, an enigmatic and beautiful girl who will unlock the door to her future. The deeper she falls in love with Maddy, the more Tally begins to realize that the universe is bigger—and more complicated—than she ever imagined. Can Tally face the truth about her family—and find her way home in time to save herself from its consequences?

Tally has never met her mother, who left her as a newborn.  She was raised by her mother’s nameless best friend, whom she calls Aunt Beast, and her aunt’s best friend Raoul and his husband Henri.  No matter how their family was formed, it was one of love.  They have fostered her super intelligence and supported her and between them and her best friend Shane, Tally has never needed anyone else.  But a chance (or is it chance?!) look at a photo of her mother and a once famous musician named Jake sets her on a quest to find answers.

Fresh from heart ache because of seemingly unrequited feelings for Shane, her search takes her to the west coast to a town where strange things seem to happen.  Finding answers is harder than she thought as she forgets why she is there and is drawn deeper and deeper into the weirdness that is this reclusive town.

I love these books, despite their very unusual lyrical styles.  The first book was dark and disturbing, and written in a lyrical prose that seemed as if it came from an altered state of mind… totally appropriate for the themes of drugs and alcohol that were such a part of the story.  It sucks you into the madness, losing sense of time and place, and then brings you back to reality.  The second book rides the edge of sanity and danger, taking the reader back and forth with the lyrical writing.  This last book is a foray into obsession and desire, the lyrical prose rich with description and emotion.

There are threads of mythology throughout these books, with references to various characters of the Greek stories.  While the threads are there, the stories do’t conform to the exact tales, but imagine those characters in today’s world, the aftermath of the stories we all know.

This is a book, and a series, that requires an appreciation for the dark and the disturbing and a unique way of telling a story.  The prose is beautiful in its own way, even as it takes you down a path that, on the surface, makes no sense.  It is necessary to give yourself over to it and to see it for what it is… a descent into a madness that can overtake us all. 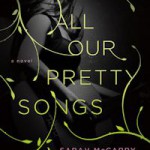