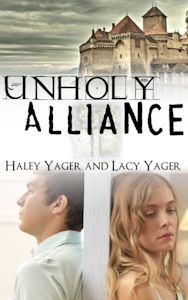 How do you choose between destiny and love?

Forever seventeen, vampire Maggie Wells has spent her life in the shado.ws. A master at blending in, she lives among the troubled teens she's made it her mission to protect, along with her best friend and witch, Hannah Morgan

Eighteen-year-old Shane Campton knows his destiny: he was born to kill vampires. When he crosses paths with Maggie, the only thing that keeps her alive are the witnesses present.

When Shane's younger sister, a mysterious supernatural, needs Maggie help, Shane is torn between his duty to kill and his sister's safety. He starts to get to know Maggie, and finds there is much more to her than he thought. But Maggie has a secret past that could destroy them all.

I recently got the upcoming third book in the series, Beloved Enemy, from NetGalley, not realizing that it was a part of a series.  So I picked up the beginning books and I am glad I did!  The story is engaging and the characters are varied and interesting.

Maggie is our main character, the vampire with a soul and a desire to resist being the monster that most vampires are.  She is honest and kind and she has chosen to live differently and separately from others of her kind.  Instead, she spends her life doing good for others.  Shane, our  romantic hero, is mature beyond his years.  His complete lack of understanding about women and crying girls was rather endearing.  Hannah is Maggie’s BFF and a witch and the person who has always been there for Maggie, no matter what.  I am hoping she gets her own story in a future installment.  Rachel is Shan’s sister and she is the character that we love to hate.  She’s bratty, she’s prickly, and she is a fabulous addition to the cast.  Chloe is Shane’s little sister and, at times, the most level-headed of all of them.  She is adorable and sweet and I can’t wait to meet more of  her.

There are some twists and turns that I found to be completely unexpected!  There are things in Maggie’s past that are game changers and that added a whole new level to the series.  It’s going to be interesting to see these things pay out over the other books.

The romance between Shane and Maggie was great.  It was unexpected, to be sure, but it was one of those book romances that you just have to have happen.  It wasn’t “instalove” and I appreciated that very much.  There are some pretty great conflicts between them.  Things like the fact that are times when they want to literally kill each other.  It will be fun to see what happens with them, seeing as he is mortal and she is immortal.

More than one hundred and fifty years on this planet and this is the strangest night I’ve spent yet (Loc. 59).

My eyes track to the guy-who’s-not-my-date-but-I-really-wish-he-was, and I glimpse his stylishly-mussed chestnut hair across the dance floor. Our eyes connect, his sparkling blue to my green (Loc. 78).

At first it’s obvious that he didn’t mean to kiss me— it was just a matter of momentum— but then he rests his hand against my face, stroking my cheek with his fingers. I don’t know how to react. People don’t kiss vampires, and I haven’t had this kind of contact in over a century. I have no idea what to do (Loc. 1059).

I really enjoyed this story.  I didn’t expect to be as surprised as I was by some of the twists and turns and I loved that I was!

HALEY YAGER was born in Moore, Oklahoma, but soon moved to a small town in western Oklahoma to her family’s farm. She was homeschooled with her older brother and sister, and has been close with her family throughout her life. Haley has always loved to daydream and create fantasy worlds with her imagination, and decided to put that imagination to work in her writing. She resides in Oklahoma City where she loves spending time with her nieces and nephews, and two black labs.