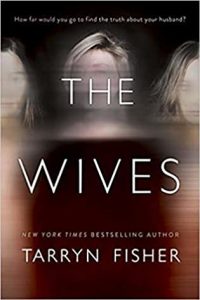 New York Times bestselling author Tarryn Fisher delivers a pulse-pounding, fast-paced suspense novel that will leave you breathless. A thriller you won’t be able to put down!

Thursday’s husband, Seth, has two other wives. She’s never met them, and she doesn’t know anything about them. She agreed to this unusual arrangement because she’s so crazy about him.
But one day, she finds something. Something that tells a very different—and horrifying—story about the man she married.
What follows is one of the most twisted, shocking thrillers you’ll ever read.
You’ll have to grab a copy to find out why.

I finished The Wives last night, after an evening of being almost physically incapable of putting it down. And still, hours later, I have no idea what I just read. And I mean that in the best possible way. I’ve been on a bit of a thirller kick lately, and this one did NOT disappoint.

The story is told from the point of view of Thursday, Seth’s legal wife. As the blurb suggests, this is an important distinction as there are two other wives, one before and one after. It’s an arrangement she agreed to because she is in love with Seth. But as time goes on, the loneliness of having her husband a single night a week begins to weigh on her. But everything changes for her when she finds something that she never should have.

Details would spoil the surprises, so I will it at that. Suffice it to say that the story is incredibly engrossing! There are a lot of pieces in the story, and they come together in expected ways, shatter apart, come together, and shatter again. When it all finally comes together, it is masterfully bonkers.

For me, part of what made it such an experience to read was the fact that Thursday, despite being the “heroine” of the story, was generally pretty unlikable for much of the story. She was far from perfect. That may not sound terribly selling as a lead character, but stick with me… her characterization, unlikable parts and all, were what made her story so interesting.

The easy way she accepted this nontraditional marriage, something that had never been a part of her ideology, could be seen as unbelievable. After, all, everything she did became about Seth, her desperate to desire to be who he wanted most in the world. On the days he wasn’t by her side, she drank too much and pined for him, wondering obsessively what he was doing with his other wives. She completely gave all that she was over to him. But instead of being unbelievable, it was who she was, her dynamic within both their relationship and within the story. Did it drive me nuts, the subjugated role she made for herself? Absolutely. But without Thursday being exactly who she was, the rest of the story could not have existed.

If you love a great thriller with a lot of twists and turns, this is a great book! It’s a fast-paced read with no end of surprises!

I would like to write a novel that every, single person loves, but not even J.K. Rowling could do that. Instead, I try to write stories that pull on people’s emotions. I believe that sadness is the most powerful emotion, and swirled with regret the two become a dominating force. I love villains. Three of my favorites are Mother Gothel, Gaston and the Evil Queen who all suffered from a pretty wicked case of vanity (like me). I like to make these personality types the center of my stories.
I love rain, Coke, Starbucks and sarcasm. I hate bad adjectives and the word “smolder”. If you read my book-I love you. If you hate my book-I still love you, but please don’t be mean to me; I’m half badass, half cry baby. 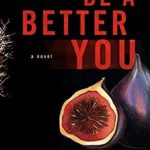 I Can Be a Better You 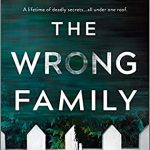