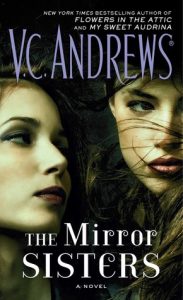 From the legendary New York Times bestselling author of Flowers in the Attic and My Sweet Audrina (now Lifetime movies) comes the first book in a new series featuring identical twin sisters forced to act, look, and feel truly identical by a perfectionist mother. For fans of Ruth Ware (The Woman in Cabin 10) and Emma Donoghue (Room).
Alike in every single way.... with one dark exception.
As identical twins, their mother insists that everything about them be identical: their clothes, their toys, their friends . . . the number of letters in their names, Haylee Blossom Fitzgerald and Kaylee Blossom Fitzgerald. If one gets a hug, the other must too. If one gets punished, the other must be too.
Homeschooled at an early age, when the girls attend a real high school they find little ways to highlight the differences between them. But when Haylee runs headfirst into the dating scene, both sisters are thrust into a world their mother never prepared them for—causing one twin to pursue the ultimate independence. The one difference between the two girls may spell the difference between life... and a fate worse than death.
Written with the taboo-breaking, gothic atmosphere that V.C. Andrews is loved for, The Mirror Sisters is the latest in her long line of spellbinding novels about mysterious families and tormented love. 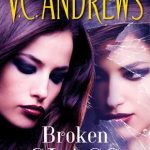 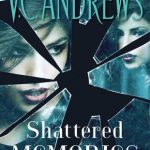 « The Darkest Corners
The Deepest Roots »