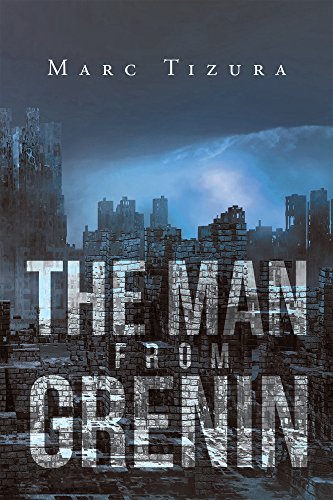 It is a celebration in the city state of Kyteia. It is the Fiftieth anniversary of the fall of their enemy city state Grenin. The celebration ends in a panic stricken riot when a man shows up in the clothes from Grenin. He is promptly arrested and interviewed by Lt. Nathaniel Wilkics from the Kyteian army. The Man, as he is known, has no memory of who he is or where he is from. He begins to tell Wilkics a spiraling tale of waking up cold and naked in the abandoned city state of Grenin and what led to his arrest in Kyteia. The story of the ghosts of memory, dragons, a Witch Queen and her undead servants, a forest stuck in the season of fall and the creatures who dwell there. 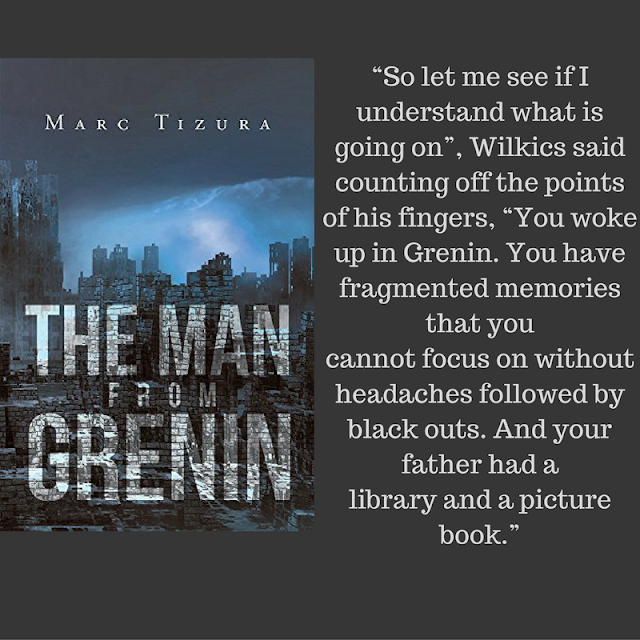 Then it happened. An apple from seemingly nowhere rolled down the alley striking
the tip of the Man’s boot. He bent down to pick it up and looked up into the face of a
boy no older than six. The boy’s face was contorted into a look of unbelievable
horror and fear. The Man froze and swallowed hard. He raised his finger to his lips in
a shushing gesture.

People began to turn towards the alley, towards the boys screams. It was a moment
frozen in time or it seemed that way to the Man. He stood there with the apple in his
hand out stretched to the child. The boy stood there screaming. The people who had
turned stood there with surprised looks on their faces before any of them moved. The
parade had even stopped moving. Then the citizens’ paralysis broke and black
cloaked figures descended on him.

They grabbed him violently and lift him off the ground carrying him into the street to
the parade. He saw looks of sheer bewilderment, of hate, of fear, and of confusion.
He saw the boy’s mother grab him and squeeze him to her breast. He heard their
voices getting louder with the confusion. It felt like he was in some sort of dream. He
didn’t even struggle to get out of their grasp.

They threw him down into the street in front of the float. He landed, but he did not
feel the landing. The coat had done its job at protecting him, so did his skin which
had hardened for other reasons. He turned his head towards the mother and boy.
Watching her pitch the apple down the alley he had been pulled from. He then turned
his head to look up at Crone.

Crone, whose mouth hung slightly agape, took an involuntary step back at the sight of
the Man. The two officers flanking him looked at Crone unsure of what to do their
mouths also hung open. Crone shrugged at the two officers and the two turned their
attention back to the Man on his knees in the street.

The citizens yelled, screamed, pointed and whispered amongst them as Crone raised a
hand. The crowd went silent all attention was focused on Crone, like a pack of trained
seals or dogs the Man had thought.

“General Crone.” The Dictatus spoke from the jumbo-tron.
Crone turned his head to look up at the Dictatus on the screen behind him.

“Arrest that man.” The Dictatus said pointing in the Man’s direction. 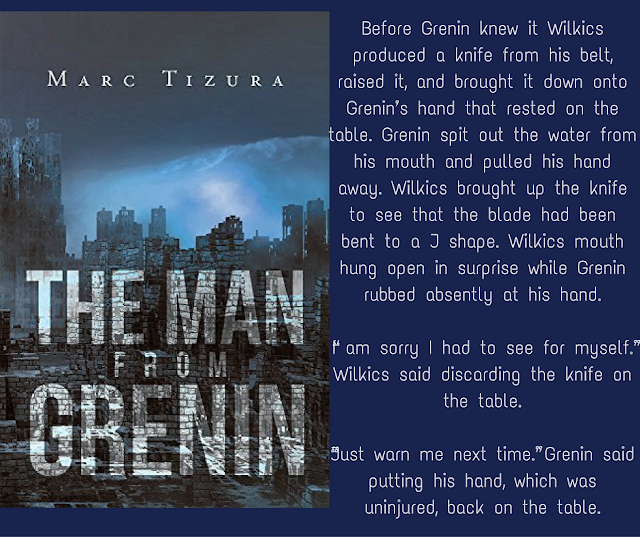