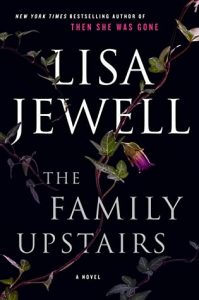 An alternative cover edition for this ISBN can be found here.
Soon after her twenty-fifth birthday, Libby Jones returns home from work to find the letter she’s been waiting for her entire life. She rips it open with one driving thought: I am finally going to know who I am.
She soon learns not only the identity of her birth parents, but also that she is the sole inheritor of their abandoned mansion on the banks of the Thames in London’s fashionable Chelsea neighborhood, worth millions. Everything in Libby’s life is about to change. But what she can’t possibly know is that others have been waiting for this day as well—and she is on a collision course to meet them.
Twenty-five years ago, police were called to 16 Cheyne Walk with reports of a baby crying. When they arrived, they found a healthy ten-month-old happily cooing in her crib in the bedroom. Downstairs in the kitchen lay three dead bodies, all dressed in black, next to a hastily scrawled note. And the four other children reported to live at Cheyne Walk were gone.
The can’t-look-away story of three entangled families living in a house with the darkest of secrets.

This was a book of psychopathic goodness, a phrase that I realize sounds somewhat weird. Yet it is entirely apt. The Family Upstairs is disturbing, atmospheric, and delightfully chilling on so many levels. The creepy mansion is a perfect setting for the dark story of the devolution of a family, the destructive cult that takes over their lives, and the horrors that ensue.

The story is told from three different points of view, but until the end nears, we aren’t quite sure how the three are connected. Adding to the anticipation is that one of the narrators, Henry, tells his story from both the past and the present, and he is at times an extremely unreliable character.

The characters are so complex, regardless of whether they are a major part of the story or a supporting character. The primary antagonist, David, is dark and twisted but highly charismatic. He almost reminded me of a more polished Charles Manson in the way in which he was able to subvert most everyone around him to his whims. To watch Martina change under his control, becoming a shadow of her former self, was especially horrifying, made even more so by the fact that she embraced it, somehow blind to the reality of what was happening to her and to her family.

The mystery of it was engrossing, and I was as absorbed in as Libby. I needed to keep turning the pages, needed to know the truth of what had happened to her, to everyone in that house. In truth, what was still happening.

When the story finally came together, it was in a deliciously perfect way. It felt resolved. And then I read the ending… and I LOVED IT!

If you love a gothic thriller, rich with atmosphere and dark characters, this is the book to read. I HIGHLY recommend it! 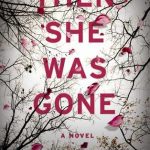 « Devil in Disguise
Preorder A Roar of Flames! »