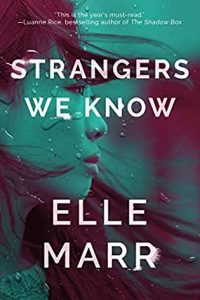 The search for a serial killer leads a woman into the twisted tangle of her own family tree in a chilling novel by the #1 Amazon Charts bestselling author of The Missing Sister and Lies We Bury.

Adopted when she was only days old, Ivy Hon knows little about her lineage. But when she’s stricken with a mystery illness, the results of a genetic test to identify the cause attract the FBI. According to Ivy’s DNA, she’s related to the Full Moon Killer, who has terrorized the Pacific Northwest for decades. Ivy is the FBI’s hope to stop the enigmatic predator from killing again.

When an online search connects Ivy with her younger cousin, she heads to rural Rock Island, Washington, to meet the woman. Motivated by a secret desire to unmask a murderous relative, Ivy reaches out to what’s left of a family of strangers.

Discovering her mother’s tragic fate and her father’s disappearance is just the beginning. As Ivy ventures into a serial killer’s home territory, she realizes that she may be the next victim of poisonous blood ties.

This is a book that I enjoyed, but one that also had some things I didn’t love.

The things I did enjoy…

At the top of the list would be Ivy. She is a great protagonist. She’s adopted but loves the family she’s had her entire life. But mysterious medical issues have caused her to try to find her birth family. Which leads to the second thing I enjoyed… the mystery aspect. Her search brings her to the attention of the FBI, and that sets up the plot of the book. Added to the mystery, are the perspectives of both Ivy’s mother and Samson. Their storylines were so good, so twisted. I also loved the setting, the Pacific Northwest. The author’s descriptions made me feel as if I were there.

Really the only thing I didn’t truly love was the end. It wasn’t that it wasn’t satisfying. It just felt rushed. So much happened too fast, too much for the short space within the larger story that it was given. I wanted more anticipation and suspense leading up to it, as well as some more resolution to some of the other relationships that had been developed over the course of the novel.

But even that wasn’t enough to truly dampen my enjoyment of the book! 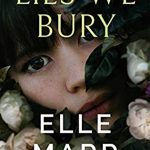