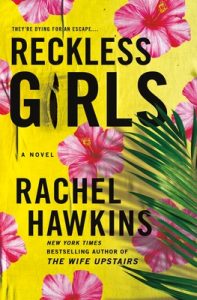 When Lux McAllister and her boyfriend, Nico, are hired to sail two women to a remote island in the South Pacific, it seems like the opportunity of a lifetime. Stuck in a dead-end job in Hawaii, and longing to travel the world after a family tragedy, Lux is eager to climb on board The Susannah and set out on an adventure. She’s also quick to bond with their passengers, college best friends Brittany and Amma. The two women say they want to travel off the beaten path. But like Lux, they may have other reasons to be seeking an escape.

Shimmering on the horizon after days at sea, Meroe Island is every bit the paradise the foursome expects, despite a mysterious history of shipwrecks, cannibalism, and even rumors of murder. But what they don’t expect is to discover another boat already anchored off Meroe’s sandy beaches. The owners of the Azure Sky, Jake and Eliza, are a true golden couple: gorgeous, laidback, and if their sleek catamaran and well-stocked bar are any indication, rich. Now a party of six, the new friends settle in to experience life on an exotic island, and the serenity of being completely off the grid. Lux hasn’t felt like she truly belonged anywhere in years, yet here on Meroe, with these fellow free spirits, she finally has a sense of peace.

But with the arrival of a skeevy stranger sailing alone in pursuit of a darker kind of good time, the balance of the group is disrupted. Soon, cracks begin to emerge: it seems that Brittany and Amma haven’t been completely honest with Lux about their pasts––and perhaps not even with each other. And though Jake and Eliza seem like the perfect pair, the rocky history of their relationship begins to resurface, and their reasons for sailing to Meroe might not be as innocent as they first appeared.

When it becomes clear that the group is even more cut off from civilization than they initially thought, it starts to feel like the island itself is closing in on them. And when one person goes missing, and another turns up dead, Lux begins to wonder if any of them are going to make it off the island alive.

Restless Girls is a take on the “locked room” thriller, taking place on a deserted island far from the rest of the world. It’s an island with a rich, and dark, history, and even today, there are wild stories about its continued oddity. Its history is told through inserted letters, hinting at the troubled island. The backstories of the characters, too, are told through flashbacks, slowly weaving together in an engrossing way.

The atmospheric setting of the island is almost a character in and of itself. There is such a creepy and eerie air about it that stokes the suspense to new levels. Add to that six relative strangers, none of whom are exactly who they say they are, and it makes for a twisty, turny read with so many unexpected moments.

The bingeability of this book is high, too. I couldn’t put it down, the suspense having me turn the pages long after I should have put it down. The only reason it isn’t a 5-star read for me is the ending. I’m fine with it; I just felt like there could have been more to explain the whys of it. And that is something I can’t explain for fear of spoilers!

Rachel Hawkins is the New York Times bestselling author of The Wife Upstairs, as well as multiple books for young readers, and her work has been translated in over a dozen countries. She studied gender and sexuality in Victorian literature at Auburn University and currently lives in Alabama. 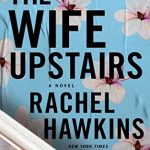