Injured and on the run, it has been seven days since June and Day barely escaped Los Angeles and the Republic with their lives. Day is believed dead having lost his own brother to an execution squad who thought they were assassinating him. June is now the Republic's most wanted traitor. Desperate for help, they turn to the Patriots - a vigilante rebel group sworn to bring down the Republic. But can they trust them or have they unwittingly become pawns in the most terrifying of political games?

Prodigy is the second book in the Legend series by Marie Lu. It begins just days after June and Day escape the Republic and Los Angeles. Day is presumed dead, and the Republic sees their prodigy, June, as a traitor. They are on the run, turning to the Patriots, once the very people June viewed as the enemy. But desperate times call for desperate measures.

Day and June are seperated for much of this book, and the events cause them both to question themselves, each other, and the people they’ve been forced to trust. There are messages of loyalty and sacrifice, of betrayal and trust. There was a lot of character growth in this book, too, in different ways for each of the characters. In Legend, it was Day that truly resonated with me the most. But in Prodigy, that changed to June.

In a lot of ways, this book was much more complex in the characters, the emotions, the storylines, and the world-building. And I really loved that these books can’t be easily slotted into any one genre. They have elements of dystopian fiction, of sci-fi, of romance. But they also have some elements of thrillers, too.

But, OMG, the cliffhanger! You’ve been warned. But it’s so worth it!

If you love books that cross genres, this is a great read. It is completely engrossing!

I write young adult novels, and have a special love for dystopian books. Ironically, I was born in 1984. Before becoming a full-time writer, I was an Art Director at a video game company. Now I shuffle around at home and talk to myself a lot. 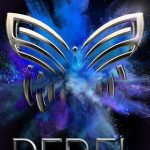 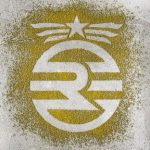