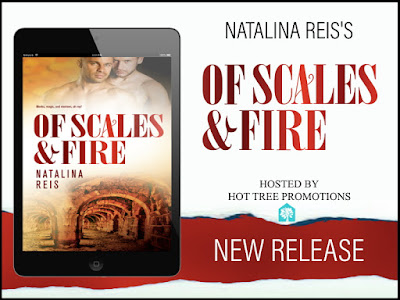 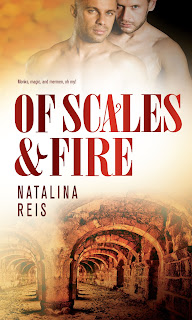 Monks, magic, and mermen, oh my! The cast of supporting characters from Natalina Reis’s “Of Magic and Scales” are back and stronger than ever, and so are the pop culture references and silly jokes Aiden likes so much. As Aiden and his new family are joined by an unexpected antagonist that may yet prove to be their undoing, will their (un)domesticated new life as a couple be turned upside down?
Aiden Mercer’s life has changed dramatically since his days of being a man-whore, where he spent most of the time either running his coffee shop in sunny Portugal or man-watching at the beach. He now has Naël, a cranky merman to love and to hold, and his sister, Vee, and friends to care for. Life is good.
But life never seems to stop surprising the American ex-detective. A mysterious order of monks, a mermen poacher, shocking revelations about his parentage—and whoever is hunting him down—turn Aiden and Naël’s summer into one to remember. Or maybe one they’d rather forget.

It had become a running joke with us—the fact that I had no clue who or what I was. It was painfully obvious I was a magical of some kind, but no one seemed to be able to identify which one. I had lived my whole adult life thinking I was just a Joe Schmo, only to find out that was far from the truth. I was still pretty ambivalent about it. It was nice to have powers other humans could only dream of, but on the other hand, it also meant I was forever linked to a group of creatures I had fought so hard to stay clear of.
I pushed him away, pretending to be mad at him. “Well, I am very poorly acquainted with my own powers, and until I learn how to better control them, I’m not much help to anyone.” I took another quick peek at the couple now walking out the door.
Fouchard slapped me with the kitchen towel. “Those powers were what saved my sister two months ago.” It was true; I had helped rescue his sister from the hands of a serial killer bent on getting rid of all magicals who didn’t fit the traditional mold. My boyfriend took a couple steps until his lips hovered over mine, his heady scent invading all my senses. He was the one who held all the magic. “Stop being so down on yourself and own it. You do with everything else, why not with this too? It’s part of who you are.” True, except I really didn’t know who I was. Fuck, I didn’t even know my own birthday. “Besides, you have magic in those fingers of yours,” he whispered, a wicked smile spreading on his lips. “You’re a true sorcerer with that mouth.” He brushed a thumb along my lower lip. Then he looked down at my crotch and licked his lips. “And other magical parts.” He let it hang as he lifted his eyes to mine. 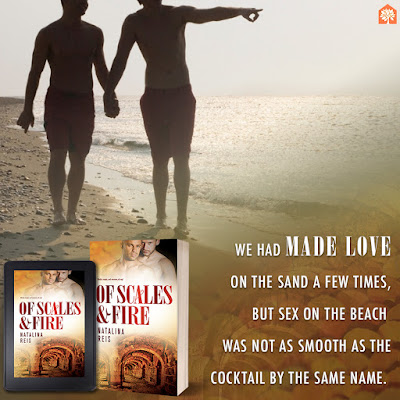 Website | Facebook | Twitter | Goodreads | Amazon | Instagram
Author of We Will Always Have the Closet, Desert Jewel, and Loved You Always, Natalina wrote her first romance in collaboration with her best friend at the age of 13. Since then she has ventured into other genres, but romance is first and foremost in almost everything she writes.

After earning a degree in tourism and foreign languages, she worked as a tourist guide in her native Portugal for a short time before moving to the United States. She li

ved in three continents and a few islands, and her knack for languages and linguistics led her to a master’s degree in education. She lives in Virginia where she has taught English as a Second Language to elementary school children for more years than she cares to admit.

Natalina doesn’t believe you can have too many books or too much coffee. Art and dance make her happy and she is pretty sure she could survive on lobster and bananas alone. When she is not writing or stressing over lesson plans, she shares her life with her husband and two adult sons.