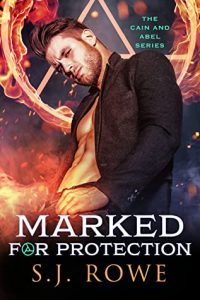 Every girl dreams of finding mister right. Cara just never thought he would come with a gun or that she would use it on him. But in those dreams, she also didn’t think that a killer would force her to choose between falling in love or living a full life.

Cara needs a night out…

Just one night without thinking about her ex or her dream job fading into a nightmare. However, being a klutz not only ruins her chances with the hottest guy she ever met before, but also lands her in the middle of a bar shooting.

Jonny needs a night off…

After two thousand years of nonstop work as a Fallen member, he’s entitled to a cold beer and some fun. What he doesn’t expect is that he’ll end up wearing the drink and protecting the feisty professor he hasn’t stopped dreaming about since the first time he laid eyes on her.

Someone has other plans for both of them.

When Cara’s life is threatened, Jonny abandons everything to protect her, but she’s no ordinary damsel in distress. As days turn to weeks, they can’t deny their chemistry growing between them, like the body count that seems to be connected. Will their forced proximity keep her safe, or will it just bring the serial killer to her doorstep? 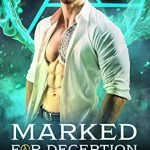 « Marked for Deception
Her Cowboy Trouble »