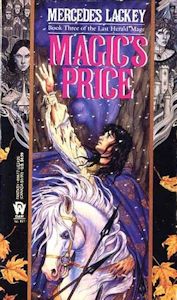 The final chapter in Mercedes Lackey's spellbinding fantasy trilogy! The Herald-Mage, Vanyel, and his Companion, Yfandes, are alone responsible for saving the once-peaceful kingdom of Valdemar from the forces of a master who wields a dark, forbidding magic. And if either Vanyel or Yfandes falters, both Valdemar and its Herald-Mage must pay the ultimate price.

While I have loved this series, I think that this one is my least favorite of the three.  I love Vanyel’s character as much as ever, even with all of his stubbornness.  For me it was Stefan’s character, as well as bits of his back story, that just didn’t do it for me.  Luckily, more of the story focused on Vanyel and that made me happy!

Vanyel is as protective and fiercely loyal as everl  He is also always willing to risk himself for the greater good.  But Stefan… I wanted to love him, and I did like him, but there were moments that even that was a struggle.  He was such a foil to Vanyel.  Vanyel is loyal and noble and honest and I felt like Stefan skirted the edge of nobility and honesty.  As a Bard, he had the means to use his Gifts to peacok a bit, to influence others, and to gain personal wealth.  And while he used his Gifts in very good ways, he also tended to use them in ways that weren’t.  And the attitude was always one of surprise when ethics were pointed out to him.  That was largely unbelievable to me, considering the back story of the Bards and their training.  And he did a whole lot of manipulating of Vanyel himself.  He just didn’t get the drive that a hero has to save the world.  In actuality, Stefan was probably the most realistic character in the novel.  He was flawed and he was really just a regular guy with some musical gifts.  But in the context of a high fantasy novel, he just seemed to be the odd man out.

However, I did love the story.  In true Vanyel style, he was driven hero of the story that risked himself repeatedly to save the kingdom and those he loved.  He is the character that I always felt deserved to be truly happy and I am not sure he ever got that in life, not really.  There were a lot of twists and turns in this book, some a bit predictable and some far less so.  There was one regarding Stefan that I am truly not sure how I feel about, although it does answer a lot of questions.  And the ending was a bittersweet one that I appreciated! 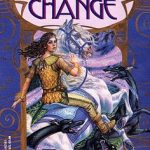 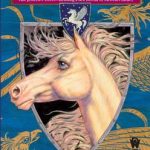